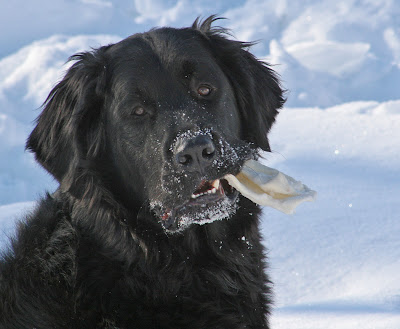 Buddy -- Adopted December 23, 2009
What a lucky boy he is! Buddy was adopted by a great family where he has two loving parents, his own Newf-mix brother to romp and play with, and where he'll have lots of fun times out hiking and playing around! 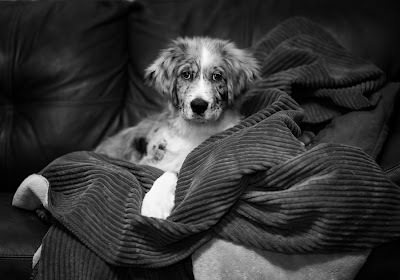 Ella - Adopted December 8, 2009
Rescued from a BYB at 5 weeks of age, near death from infections, and missing half of her front leg, Ella's journey through treatment and healing had a happy ending as she joins her loving new family to start her new life. Healed, strong, and full of life she has joined a wonderful family with lots of canine pals to romp and play with. Hopefully in time Ella will become a therapy dog, and her story will continue to inspire. 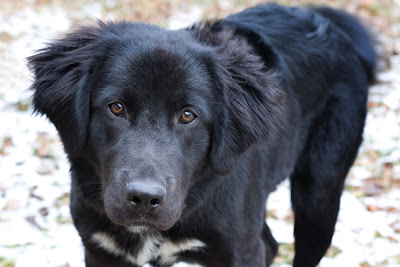 Marley - Adopted November 28, 2009
This happy little fellow hit the jackpot, and landed himself a great home where he'll be getting lots of hugs and kisses from his awesome family - and he has a Newf girlfriend right next door to play with! The pup with the wagging tail, now has a bunch more reasons to keep on wagging! 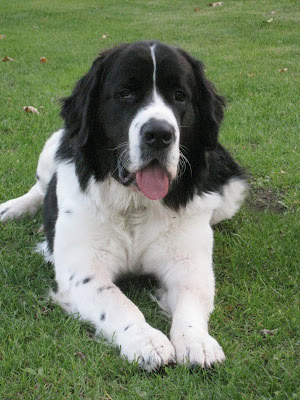 Ozzie (aka Sarge) - adopted November 7, 2009
This handsome boy has found his perfect forever home with his new sister, Lolla (see below). He'll be living the good life with his new family that will be able to give him all of the special love and care he needs. Lucky boy! 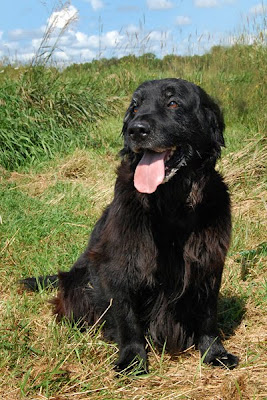 George -- in sanctuary care as of October 29, 2009
Found wandering the streets, covered in horribly infected hot spots, this gentle and affectionate love bug lucked out by finding his way into a loving foster home. Nursed back to health by his foster Mom and ready to be adopted, sadly George was diagnosed with bone cancer while in foster care. He lived out his days in the loving care of his forever foster family -- surrounded by people who loved him, and having the kindness and care that he deserved.
Although this wasn't the happy ending we had planned for George, we know that in the final months of his life he will have known nothing but the love of his foster family. With a roof over his head, a warm bed to sleep on, a belly full of food, and all the tummy rubs one dog could ask for, our precious little stray boy found happiness through the love of his foster mom. RIP sweet boy. 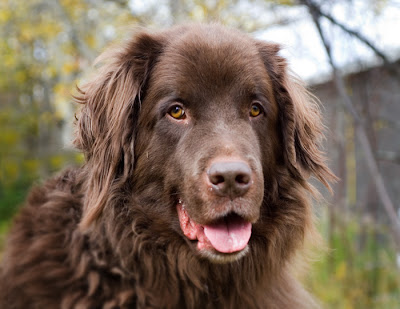 Barley -- Adopted October 25, 2009
Happy to be the lovable big brother to a Landseer sister, and having a great family of 4 to call his own, this boy is one lucky fella! 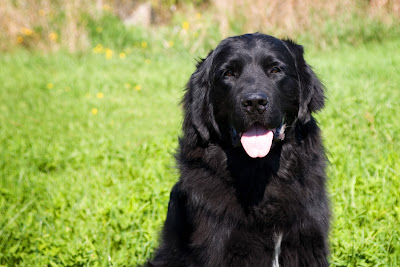 Liam -- Adopted September 2009
Living the good life south of the border on a horse farm with lots of pals to run and play with, he has finally found what he needed 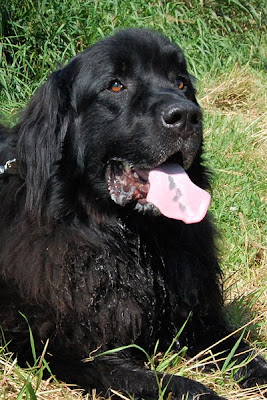 Max -- Adopted August 19, 2009
Charmed his way into the heart of his foster mom, and became a super foster brother to other rescued newfs.
Sadly, Maximus passed away December 29 due to a ruptured tumour in his abdomen. He was loved greatly and will be missed. 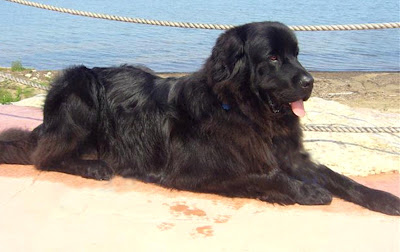 Sam - Adopted August 13, 2009
Hit the jackpot with an awesome Mom who loves him to pieces and gets him out doing all sorts of marvelous things! Watch for Sam in upcoming parades and such! 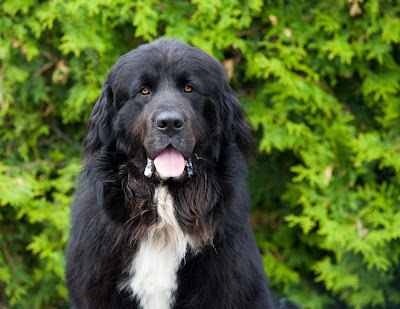 Otis - Adopted July 1, 2009
Lucky Otis has a special family all his own, where he's getting all sorts of loving 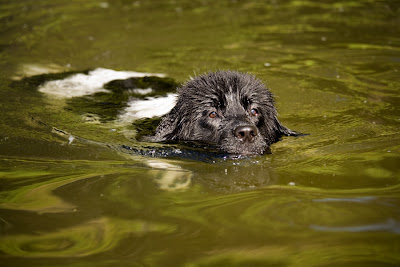 Ariel - Adopted June 30, 2009
Our little Wild Child has moved to an equestrian centre and spends her days frolicking and playing with her canine companions. Such a happy, free spirit she is! 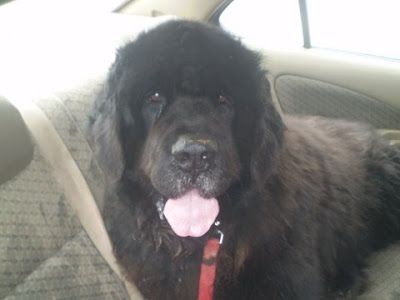 Clyde - Adopted May 2009
Finally found the loving home he so deserved to live out his days with a roof over his head, a warm bed to rest on and most of all, the gentle kindness of people who loved him 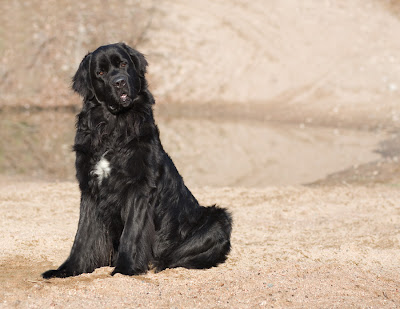 Sampson - Adopted April 2009
Lives the life that all dogs dream of! Loving owner, awesome brother to play with, dog parks, cottaging, lots of lovin', what more could a Newf ask for? 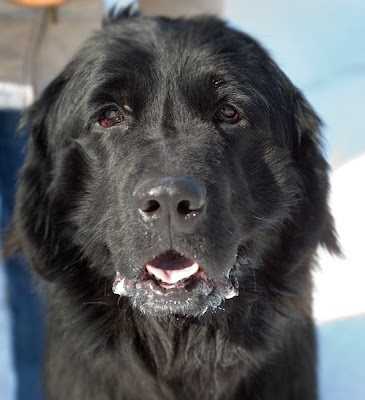 Lyra - Adopted March 2009
Stole the heart of her foster mom and now lives it up with her own brother, and gets to be a foster sister to other newfs in need! 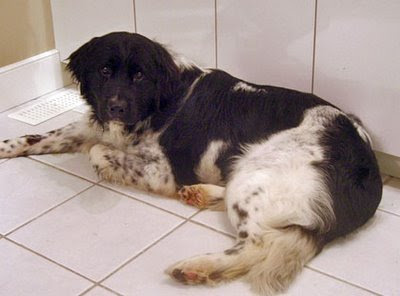 Scout (aka Phoebe) - Adopted March 2009
Found herself an awesome family with a canine pal all of her own to romp and play with! Lucky girl! 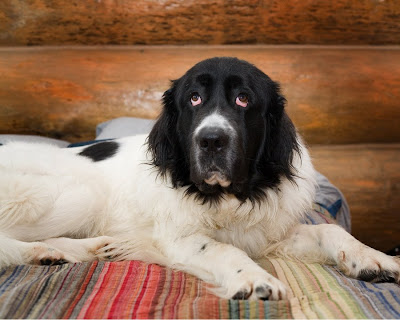 George (aka Kong) - Adopted January 2009
Is living it up down south. George and his family have moved to paradise, where George gets to hit the beach and go surfing everyday! What a lucky boy!