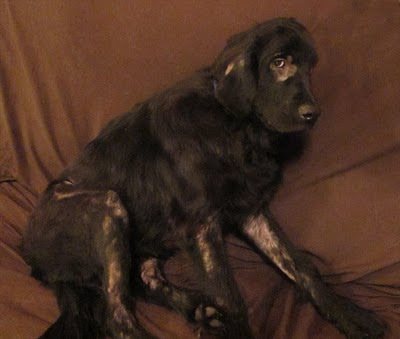 Remember Harold, the sad pup who came to us last winter with horrible skin infections? Well look at him now! Harold, now known as Busa lives with his sister Anna, also adopted from Newf Friends, and the two of them are doing great! 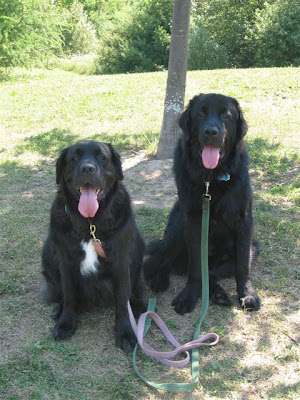 Here's what their family had to say about them: 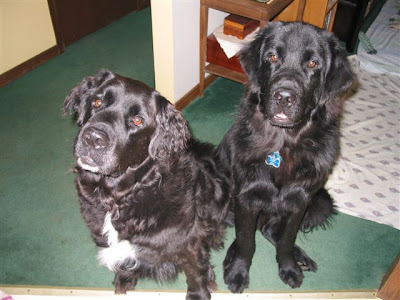 Well life with Anna & Busa has been and still is fantastic and we would not change a thing. We are so glad that we adopted Busa when we did because as much as Busa LOVES playing with Anna (and her ears), Anna is glad that she has a play buddy, even though he now towers over her so much. I have tried to take pictures where you can see the difference in their size over such a short period of time. We thought that when we adopted Anna she was a big dog but Anna looks so small compared to Busa. 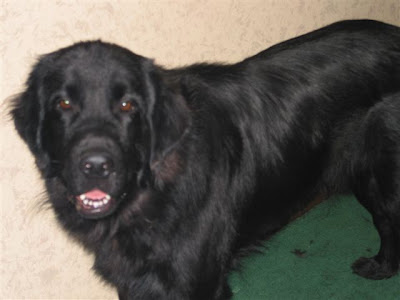 Busa has completed and graduated 2 levels of obedience and Anna has completed and graduated 3 levels of obedience. I think that maybe over the winter I may take Busa to do indoor agility becuase he really loved the tunnel and the running around when we got to try it during the classes. Anna loved the tunnel as well but I think that I will start with Busa and then Anna later. 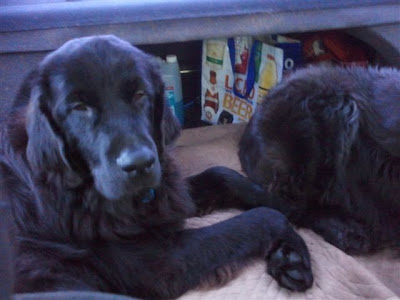 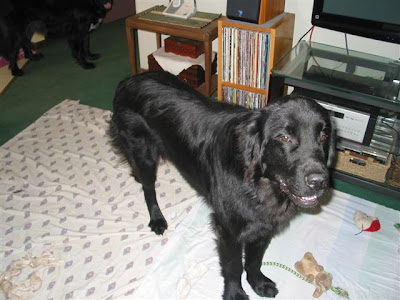 Like Anna and her little soccer ball, Busa has a bunny that he carries around and brings over to us to play fetch. You tell him to "go get your bunny" and looks all over the place for it until he finds it. 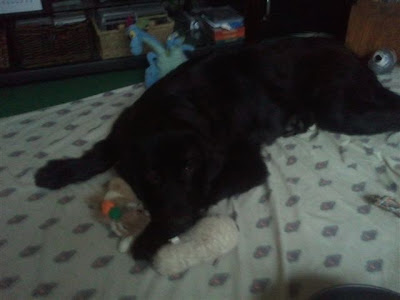 This past summer Busa & Anna did a lot of swiming up north. Busa loves to retrieve the floating dummy and is like the energizer bunny, he kept on going and going and going and going. We actually had to tell him that it was time to get out of the water and go back to the cabin. You can see in one of the pictures that he jumped up on the picnic table to get the dummy to go back in the water to play. Anna also retrieves the dummy and tries to get it from Busa every once in awhile, but she prefers to just swim around and around and around the lake on her own. There are some pictures where she is just doing that. 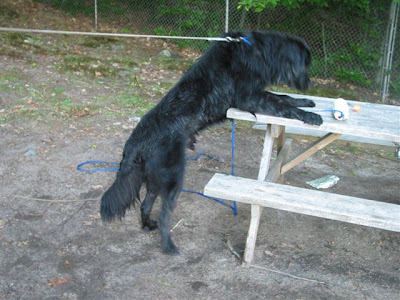 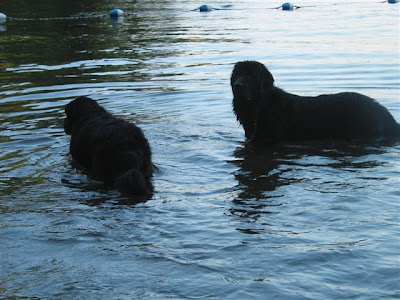 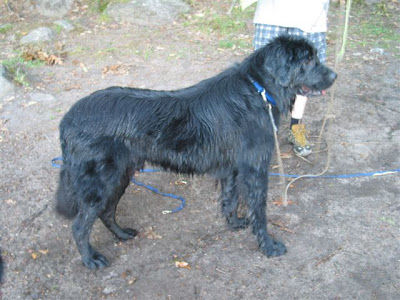 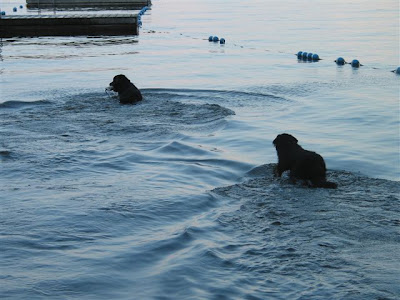 Summer, as you can remember, was extremely hot and when I was at the cabin in July with the furry kids, it was so hot that I broke down and bought a fan for Busa and Anna. I have to tell you that both Busa and Anna learned fast what the fan did for them and what an air conditioned car was all about. Nothing but the best for my furry kids. 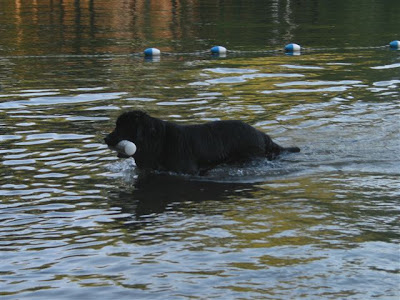 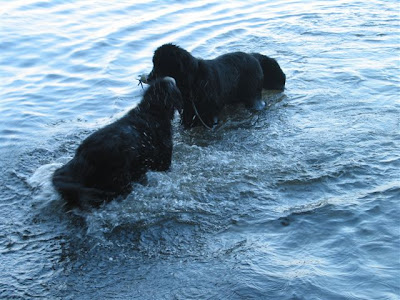 Ron and I wanted to get out to the events that were going on over the summer and in September but "life" always got in the way. I told Ron that the next event that happens we are going no matter what. I want to get the chance to bring out Busa & Anna to meet fellow Newfs.

The picture where you see Busa hanging inside the drivers window was taken up at the cabin on Thankgiving weekend. His fur has come in so beautifully that you would never know that he wa so bad when he first came into your care. 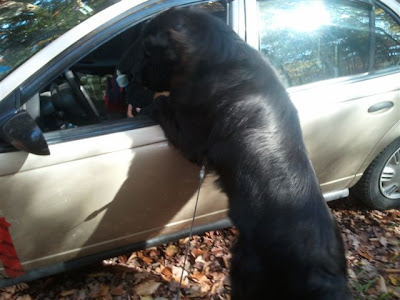 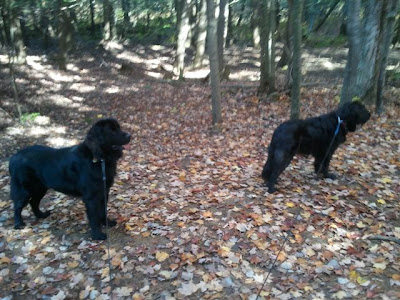 Well we are heading up north this weekend again and Busa and Anna love going for long hikes in the forest, especially with the cooler wheather we are having and again they keep on going and going and going, then when we get back to the cabin they are out for the count.

Ron and I want to thank you again for the best Newfies that we could ask for. I know that if we had a big farm right now we would be asking for some brothers for Busa and Anna, Newfoundlands are truly a special breed. You can have the most terrible day at work but when you get home, there are 2 of the most gorgeous fur balls waiting for you at the door wagging their tails and kissing your face, we wouldn't change a thing. Anna & Busa are our gentle giants and we are so happy that they both are part of our family. 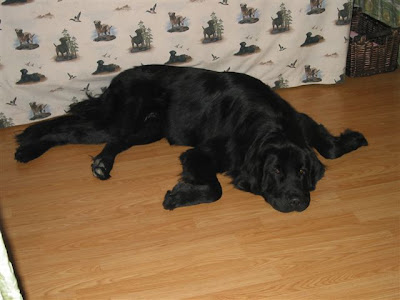 I hope you enjoy the pictures of Anna & Busa and one day we will all meet up for a reunion. 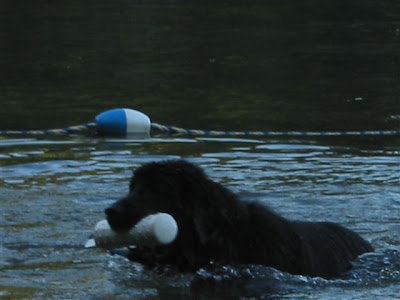 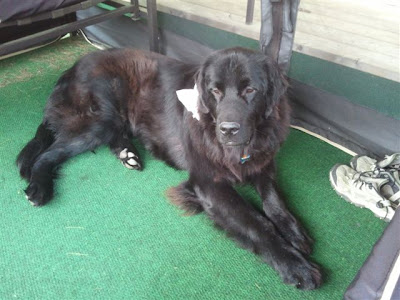 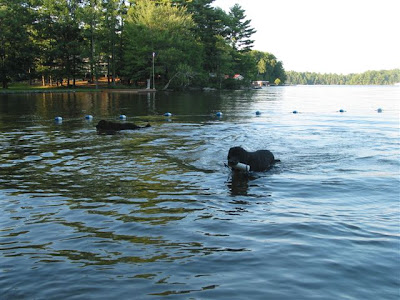 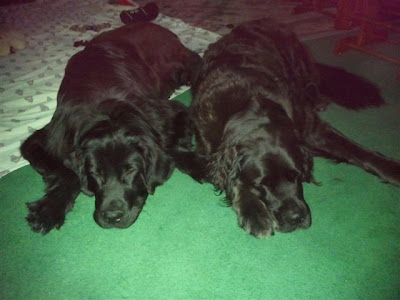 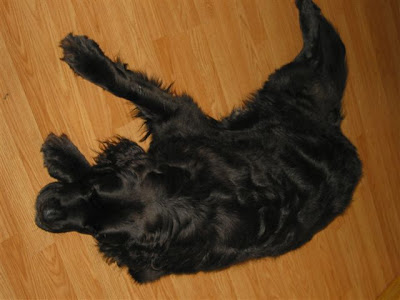 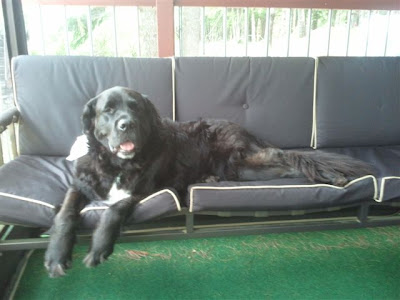 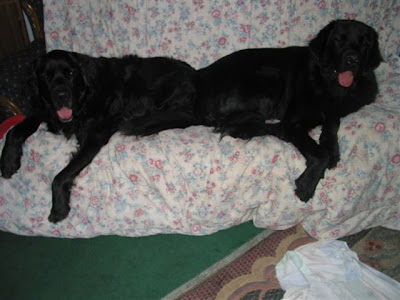 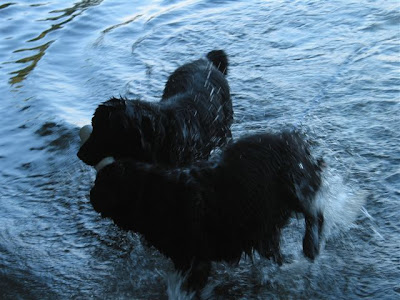 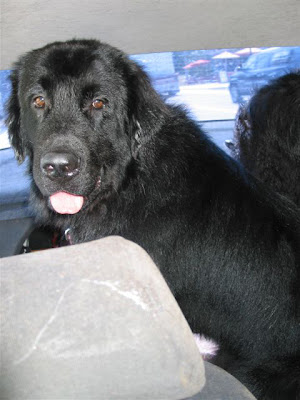 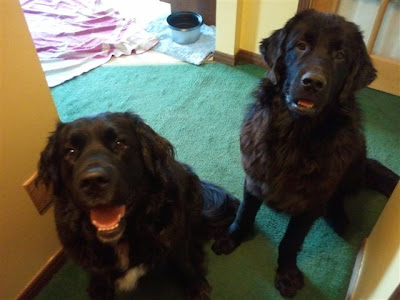