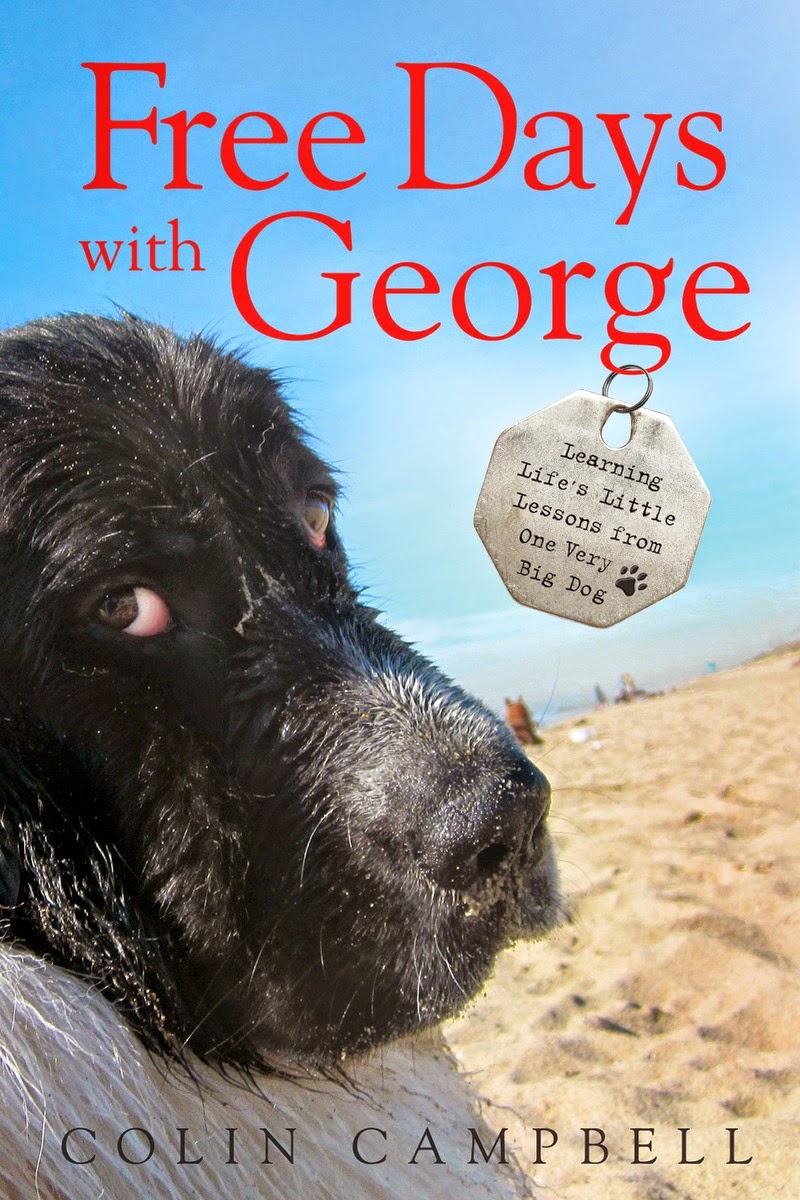 Free Days with George is a book written by Newf Friends adopter Colin Campbell. Colin adopted George from Newf Friends in 2009 and this book is about their life together.

A heartwarming, true story about George, a rescue dog who helps his owner rediscover love and happiness. Marley & Me meets Tuesdays with Morrie and The Art of Racing in the Rain--get your tissues ready, animal lovers!

All proceeds of books ordered through Newf Friends go directly to our rescue. How wonderful is that?!?!

Also available are a limited number of books personally signed by the author!

A heartwarming, true story about George, a rescue dog who helps his owner rediscover love and happiness. Marley & Me meets Tuesdays with Morrie and The Art of Racing in the Rain--get your tissues ready, animal lovers!

After Colin Campbell went on a short business trip abroad, he returned home to discover his wife of many years had moved out. No explanations. No second chances. She was gone and wasn't coming back. Shocked and heartbroken, Colin fell into a spiral of depression and loneliness.

Soon after, a friend told Colin about a dog in need of rescue—a neglected 140-pound Newfoundland Landseer, a breed renowned for its friendly nature and remarkable swimming abilities. Colin adopted the traumatized dog, brought him home and named him George. Both man and dog were heartbroken and lacking trust, but together, they learned how to share a space, how to socialize, and most of all, how to overcome their bad experiences. At the same time, Colin relived childhood memories of his beloved grandfather, a decorated war hero and a man who gave him hope when he needed it most.

Then everything changed. Colin was offered a great new job in Los Angeles, California. He took George with him and the pair began a new life together on the sunny beaches around L.A. George became a fixture in his Hermosa Beach neighborhood, attracting attention and giving affection to everyone he met, warming hearts both young and old. Meanwhile, Colin headed to the beach to rekindle his love for surfing, but when George encountered the ocean and a surfboard for the first time, he did a surprising thing—he jumped right on the board. Through surfing, George and Colin began a life-altering adventure and a deep healing process that brought them back to life. As their story took them to exciting new heights, Colin learned how to follow George’s lead, discovering that he may have rescued George but that in the end, it was George who rescued him.

Free Days with George is an uplifting, inspirational story about the healing power of animals, and about leaving the past behind to embrace love, hope and happiness.