Bancroft, Ontario: April 30, 2010. 6 weeks after finding two Golden Retrievers, abandoned and near death on a country road in Apsley, Ontario, volunteers with the Highland Animal Relief Team (HART) are appealing to residents to help identify the person or persons responsible for the crime. 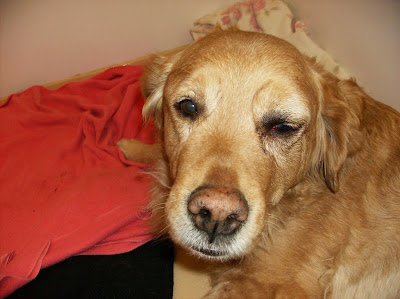 The two dogs, named Tasha and Sophie, were found on March 13th, with severe head trauma – consistent with having been beaten over the head. Both dogs have fractured skulls and have lost the use of one eye. Sophie has a ruptured eardrum and is still at risk of losing her damaged eye. Both suffer from brain injury, and Sophie will likely have permanent neurological dysfunction as a result of her injuries. Both were anaemic from blood loss. 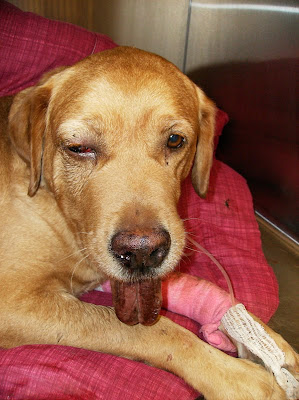 “We’re hoping someone might have information to help solve the crime,” said Sandra, HART volunteer. “The likelihood of charges being laid is slim unless someone comes forward with more information.”

The dogs were not expected to survive the suspected beating, but thanks to exceptional around the clock care from the Apsley Veterinary Services, the two dogs are now convalescing in a foster home – under constant emotional and medical care.

About HART Highland Animal Relief Team
Highland Animal Relief Team (HART) is an all-breed rescue, which provides supportive care for stray, injured and abandoned dogs in the Bancroft region. HART is a volunteer-run, registered charitable organization serving 13 municipalities over an area of 20,000 square kilometres and offers adoption services, a foster care program and a spay/neuter incentive program (SNIP) for low and fixed income and multi-pet families. Newf Friends Newfoundland Dog rescue is a division of HART.

For more information or to make a donation visit:
www.newf-friends.ca
www.hartanimalrelief.ca

April is Prevention of Cruelty to Animals Month

Help prevent cruelty to animals by learning to identify cruelty, and understanding what steps you can take to stop it. It is only through action that we can make a difference.

Each year HART/Newf Friends has animals come into our care who have been the victims of cruelty in the form of neglect or cases of intentional cruelty. Dogs who have been abandoned, starved, denied veterinary care for injuries or illnesses, shot, beaten, dragged behind cars…..we see it all. With the help of concerned citizens who call in tips, police officers and animal control officers are able to investigate cruelty allegations and save animals from further harm. This can only happen if people come forward and report cruelty. Please, if you witness cruelty, don’t turn a blind eye and let the animals continue to suffer. Report cruelty, and save a life. 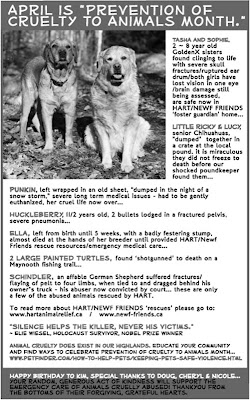 HART’s Bancroft Times Ad April 7, 2010 Click the image to see in larger size
We have had several dogs come into HART’s care in recent months who have been the victims of cruelty. The most recent case involves 8 year old littermates Sophie and Tasha who are currently in the loving care of a Newf Friends/HART foster home. 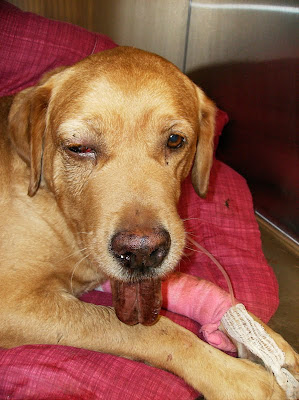 Sophie is pictured here several days after her injuries were sustained. Sophie was not expected to survive, but she managed to pull through. In this photo much of the swelling in her head had reduced and her eye returned to the socket. There is still a significant chance that her eye will need to be removed. She suffered multiple fractures around her occipital lobe. She had extensive brain swelling, bleeding, was unable to move her tongue for days after her injuries, could not use her jaw, and was unable to swallow. Her tongue continues to flop out of her mouth. She has permanent brain damage, and her gait has been affected as she is no longer able to walk in a straight line. 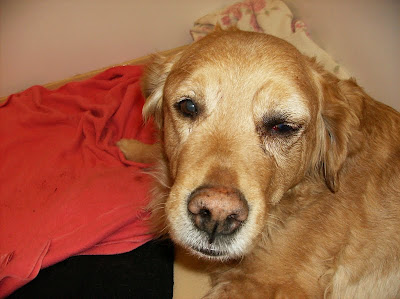 Tasha is shown here several days after her injuries were sustained. Her eye swollen and bloody, she has lost her vision in one eye and is still at risk of losing her eye. Suffering from a fractured skull and much swelling she has been on pain meds since her injuries.
The girls’ injuries were extensive, and survival unlikely. Thanks to exceptional around the clock care from Dr. Kim Facey, Apsley Veterinary Services, these two girls beat the odds and survived. Tasha and Sophie both have fractured skulls and have each lost the use of one eye. Sophie has a ruptured ear drum and both girls are still at risk of losing their damaged eyes. Both girls suffer from brain injury, and Sophie will likely have permanent neurological dysfunction as a result of her injuries. Both girls were anemic from blood loss–-Sophie had chronic nosebleeds for nearly a week after her injuries.

After a week of hospitalization, the girls were moved to their foster home, where they have continued to receive medical care, with medication and treatments multiple times a day. Dr. Facey travels to their foster location to reassess the girls regularly. 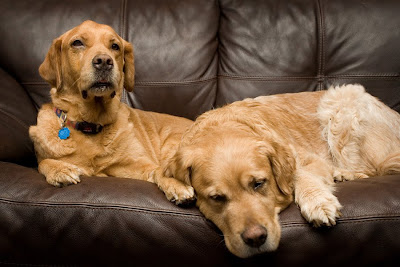 The girls in their foster home shortly after arriving. Sophie’s head still has swelling, and both girls have swollen eyes. 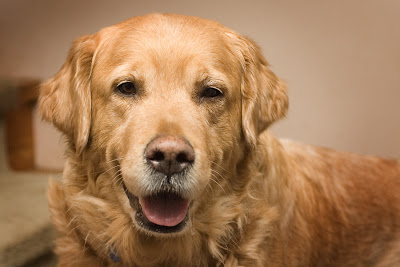 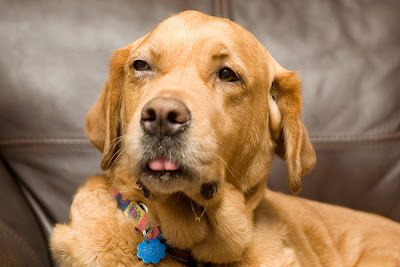 Donations are needed to help cover the high cost of pain medications, eye medications, vet care including potential removal of Sophie or Tasha's eye and spaying of both girls once they are healthy enough. HART is a registered charity and a tax receipt will be issued for your kind donation. Donations can be made to HART online – in the comments section, note that you would like the funds directed to Sophie and Tasha. Cheques payable to HART can be mailed to HART PO Box 1713 Bancroft, ON K0L 1C0 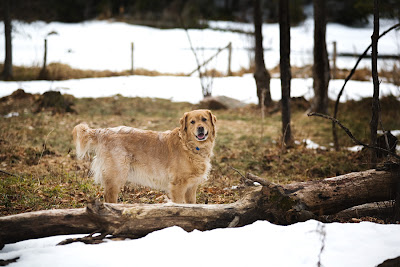 The girls at their foster home a few weeks after arriving. 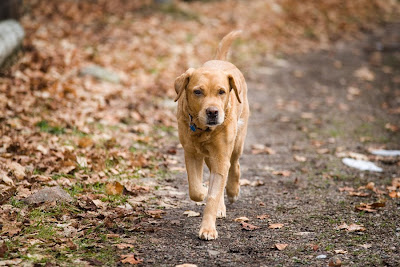 The criminal investigation into what happened to Sophie and Tasha is not complete and we are not able to go into specific details at this time. There is a lack of concrete evidence and this is making the investigation difficult--the likelihood of charges being laid are slim unless someone comes forward with more information. Tips can be called in anonymously to CrimeStoppers 1-800-222-TIPS or the Bancroft OPP station 613-332-2112. 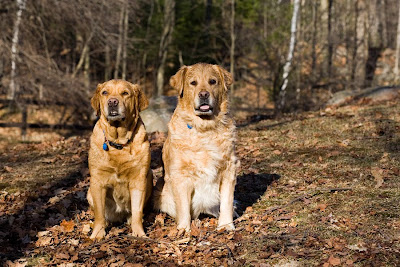 The girls at their foster home -- enjoying some playtime now that they are starting to feel better. 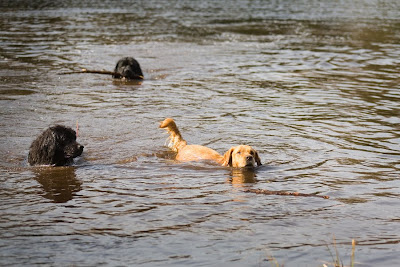 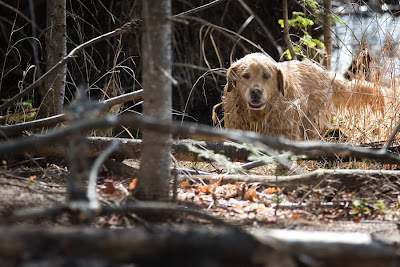 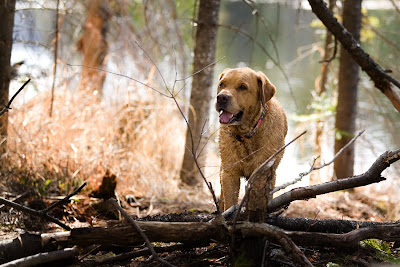 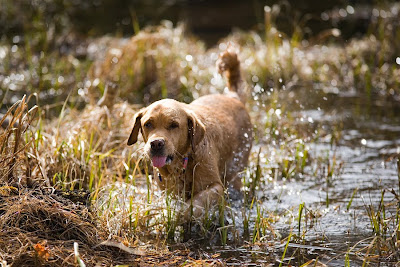 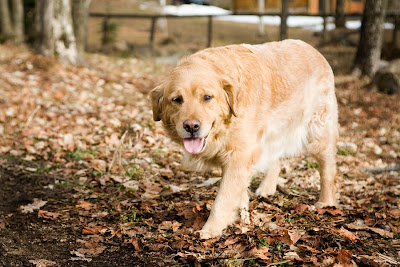 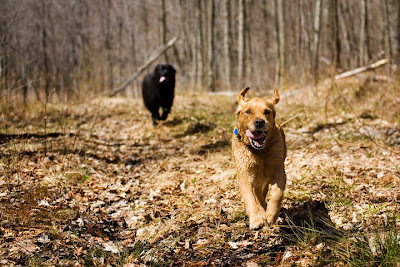 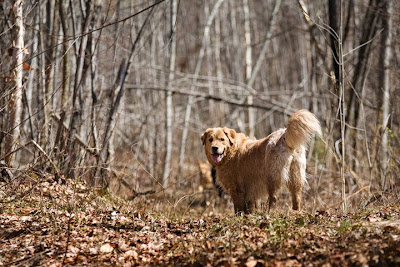 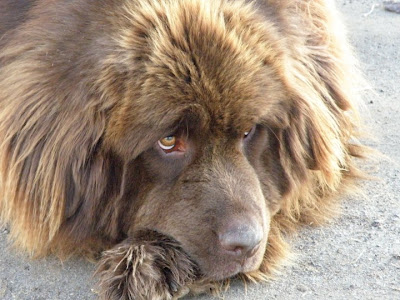 Some recent photos of Alfie (formerly Kodiak) sent to us from his adoptive family. He's doing great, loving life on their farm! 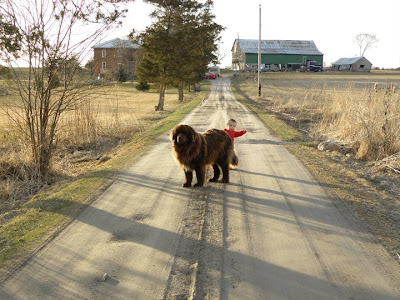 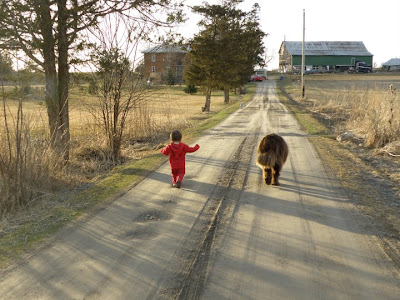 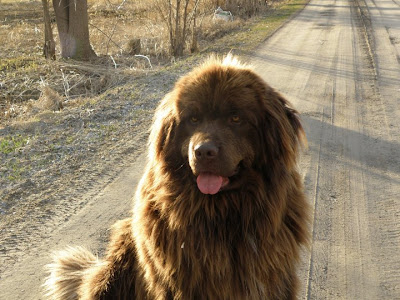