Davey has been with us for 7 months now. He has settled in very nicely, adjusting to his new home with his two human brothers as well as 2 kittens to play with.

Here is at Christmas time, all dressed up in the Christmas spirit! 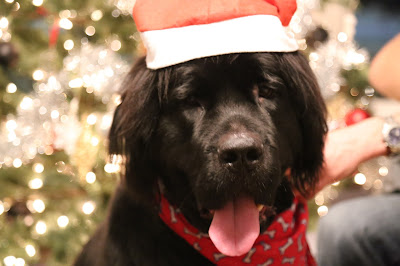 Although he had to be shaved when he arrived at newf-friends, his coat is growing in nicely. Two weeks ago we took Davey to the cottage for the first time and discovered that Davey is indeed a water loving Newf! Within 15 minutes of arriving, he found his way into the water. He swam while we were kayaking as well as fetching sticks. And enjoyed lying out on the deck afterward….keeping a close eye on the BBQ, of course! 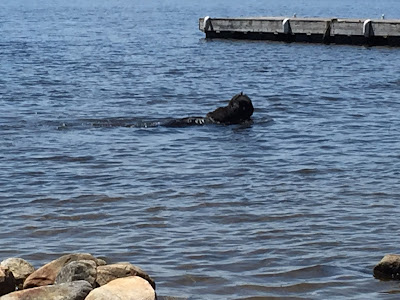 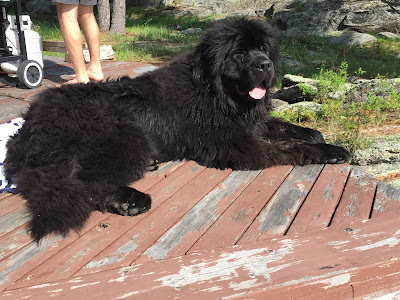 Last week we went for a hike along the French River on the way home from the cottage. 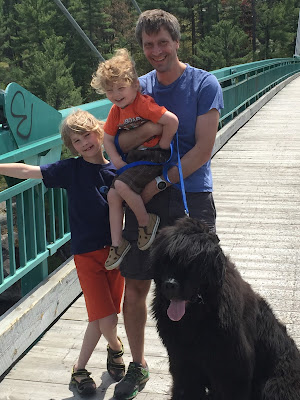 Today he was at the groomer where he received his summer cut. Although he isn’t shaved, his hair was cut to around an inch long and his undercoat was brushed out. This will be perfect for all the swimming that he will be doing! 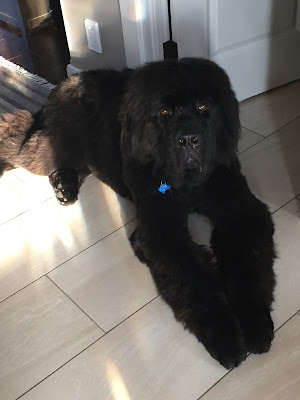 Davey is doing great! He has been a great addition to our family! 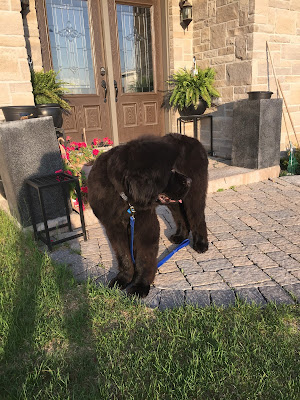 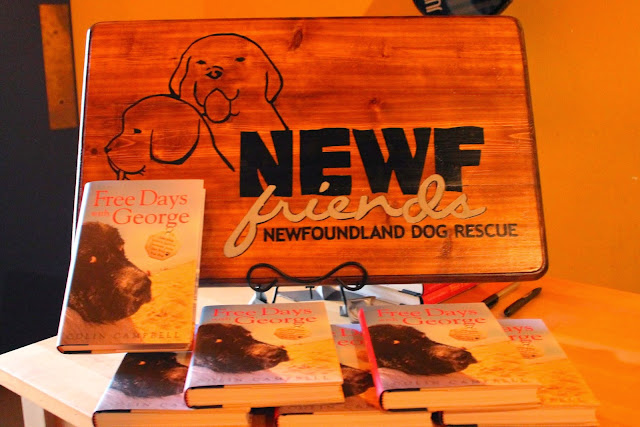 A huge thank you goes out to everyone who came out and supported us at the Paws, Pages and Music event on Thursday.  The night was a great success bringing in $10,000 for Newf Friends and everyone had a fabulous time. 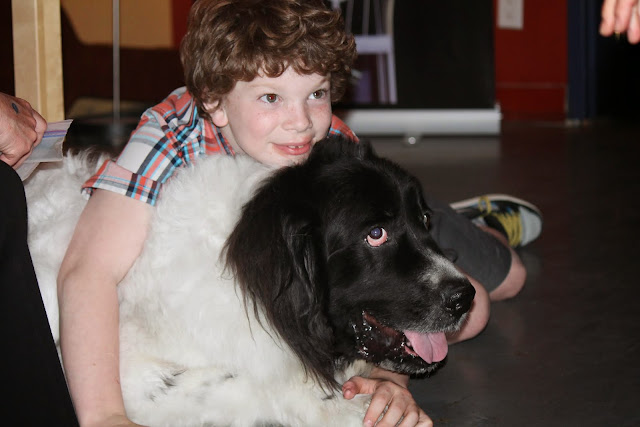 Thank you to Colin and George for including us in their book launch for Free Days with George (order your copy from us today!) 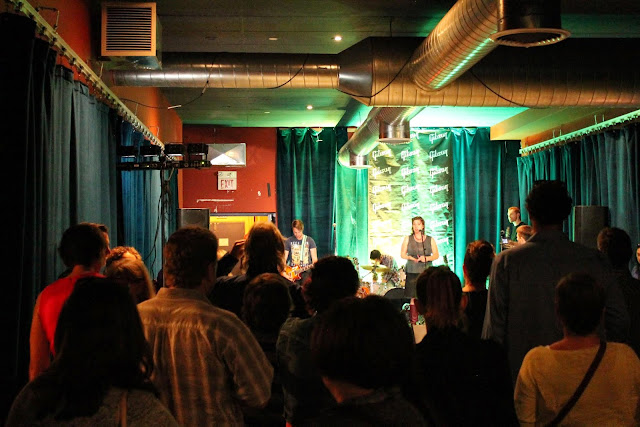 We'd like to offer a HUGE THANK YOU to Tina from Gibson Brands for all of her hard work organizing this amazing evening, getting so many awesome donations and for putting on a great event.  We can't thank you enough Tina! 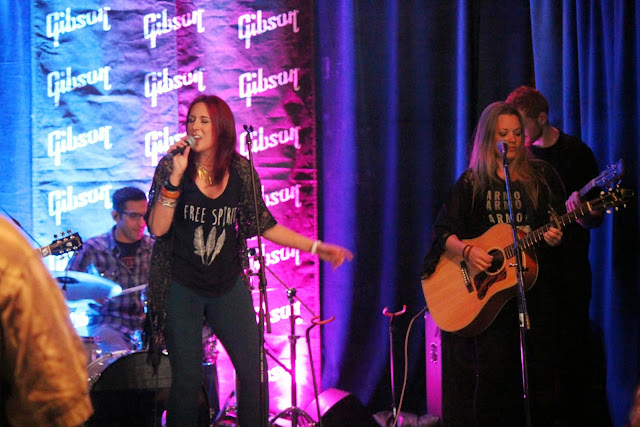 Also thanks so much to the awesome musicians who donated their time to entertain us. Thank you to Meghan Patrick and to Runaway Angel. 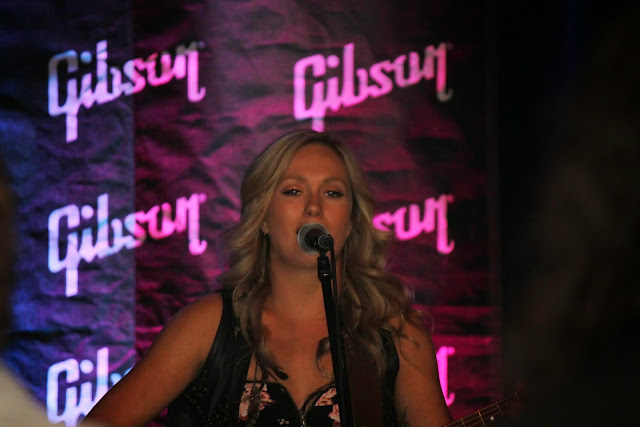 Thanks also to Steffan from Palais Royale for catering the event, Bacardi and Steamwhistle for providing beverages, and to the many, many donors of the incredible auction items. 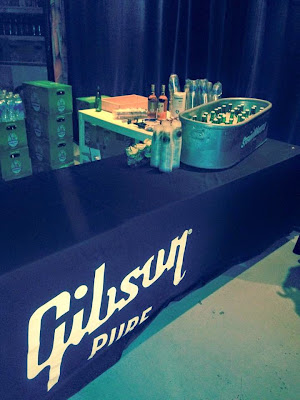 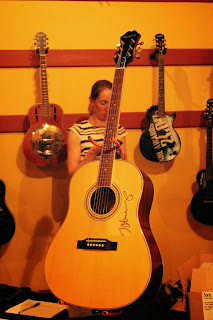 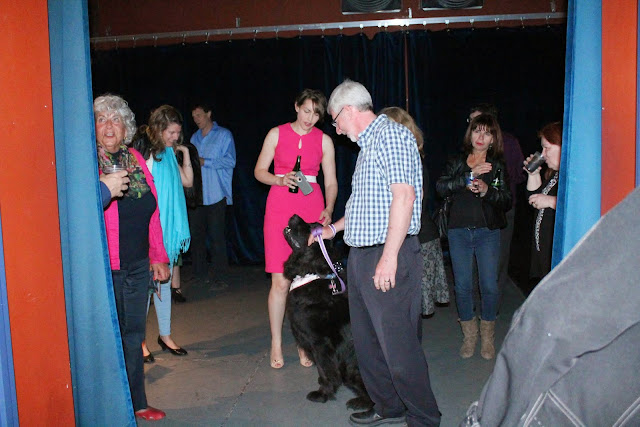 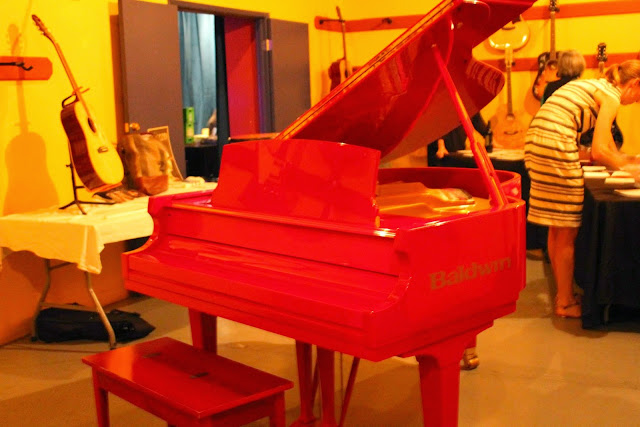