A Newf Friends supporter has advised us that her friend's dog has been diagnosed with Blastomycosis, a potentially fatal fungal disease that can affect you and your dog. It is believed that the dog contracted the infection in the Ottawa area.
The disease is caused by the fungus Blastomyces dermatitidis. In dogs, Blasto is usually contracted by inhaling the spores from the soil, or by getting the fungus in an open wound. These spores are typically found near water in wet, sandy, acidic soils rich in organic matter. Since Newfs are water loving dogs, this is a disease that all Newf owners should be aware of. 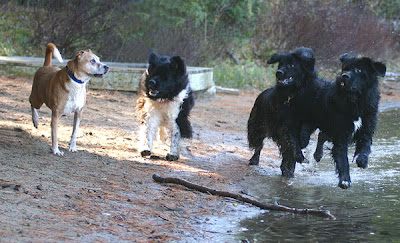 In Ontario, Blasto is most commonly found near Kenora, Sault Ste. Marie, Chapleau and along the St. Lawrence. Cases have also been found Georgian Bay coastline, Dryden, and in Southern Ontario at the Rockwood Conservation area. (source) However, Blasto cases have been reported elsewhere.

Some of the most common symptoms of Blasto in dogs are:
coughing
skin lesions
lameness
blood in the urine
poor appetite
shortness of breath
fever
anorexia
depression
exercise intolerance
enlarged lymph nodes
eye problems: including redness, pain, swelling, excessive tearing, clouding of the corneas, and even blindness

For more information about the symptoms of Blasto in dogs visit Blastomycosis.ca
Blasto in dogs can be treated with a fairly high survival rate, but it is a long, expensive process, and not all dogs will survive. Avoiding the disease in the first place is your pet's best defense. There is no vaccine to protect your pet from blastomycosis. Avoidance of high-risk areas is the only thing you can do to lower your risk. Avoid areas of disturbed soil near water in areas where blastomycosis is common. Don't allow your dog to dig in soil that may contain the fungus. Knowledge of the symptoms and existence of this disease will be your weapon should your dog ever begin to develop the symptoms mentioned above. (source) 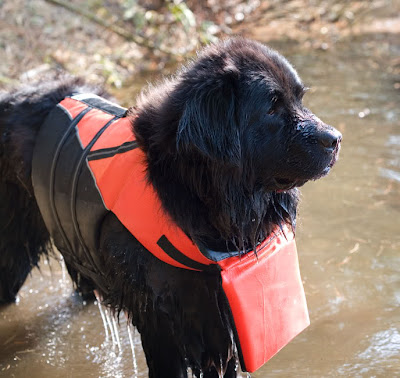