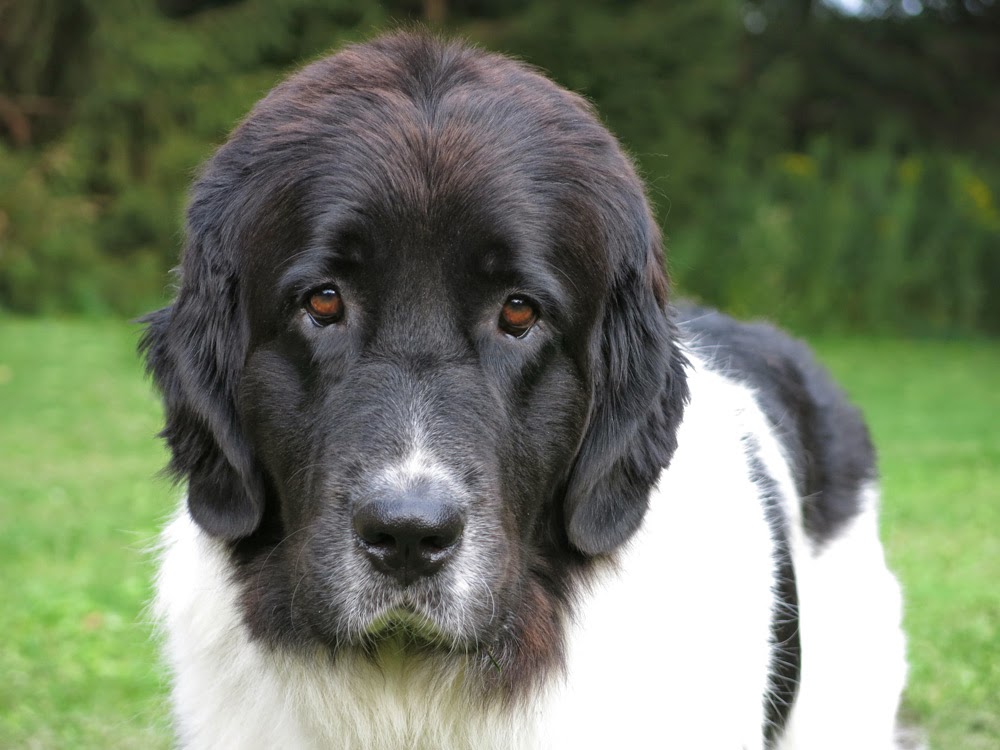 Mabel arrived in our program on August 6th after having lived her life as a kennel dog. Her birthday is November 20, 2011 so she's almost 3 years old.

When Mabel arrived at her foster home she was incredibly stressed and scared of everyone and everything. Her tail hung straight down at all times and she would back away, while moaning, from people and other dogs. She was so spooked and depressed her foster Mom wondered if Mabel would ever come around. Then something amazing happened. On day 4, her foster Mom was walking Mabel with all the other dogs and Mabel just hauled off and started doing zoomies around the yard. Her foster Mom was able to catch on camera the exact moment that Mabel shed her past. Soooo wonderful!

That moment for Mabel was the turning point. She began interacting with people and acting like a normal dog. She will regularly approach her foster Mom for attention and also new people. She is hesitant with men and will bark when she meets them but will eventually approach them at her own pace. She continues to bark at new things, like the lawn mower, but with continued exposure to all things in the world, Mabel is getting better at accepting new things without barking. 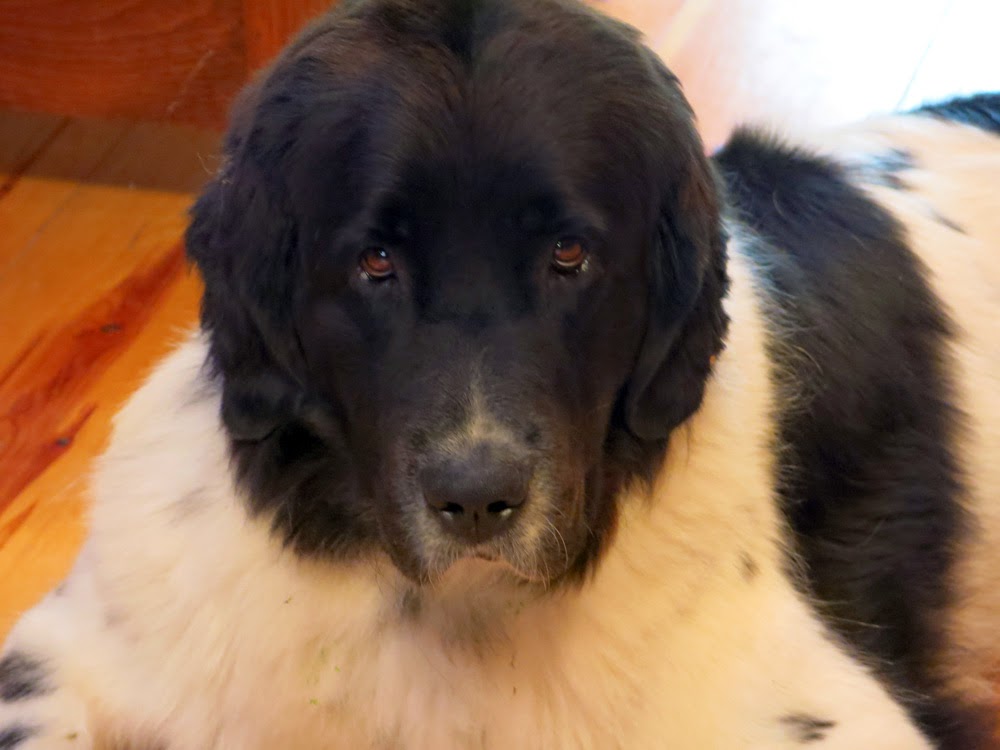 She loves to toodle around the yard, play and laze around with the other dogs and is very well suited to live with other dogs (she's good with cats too). Mabel would love to have a well mannered sibling to act as her role model. Check out the picture below of Mabel with some of the other dogs at her foster home, she's right in the middle, relaxed as could be. 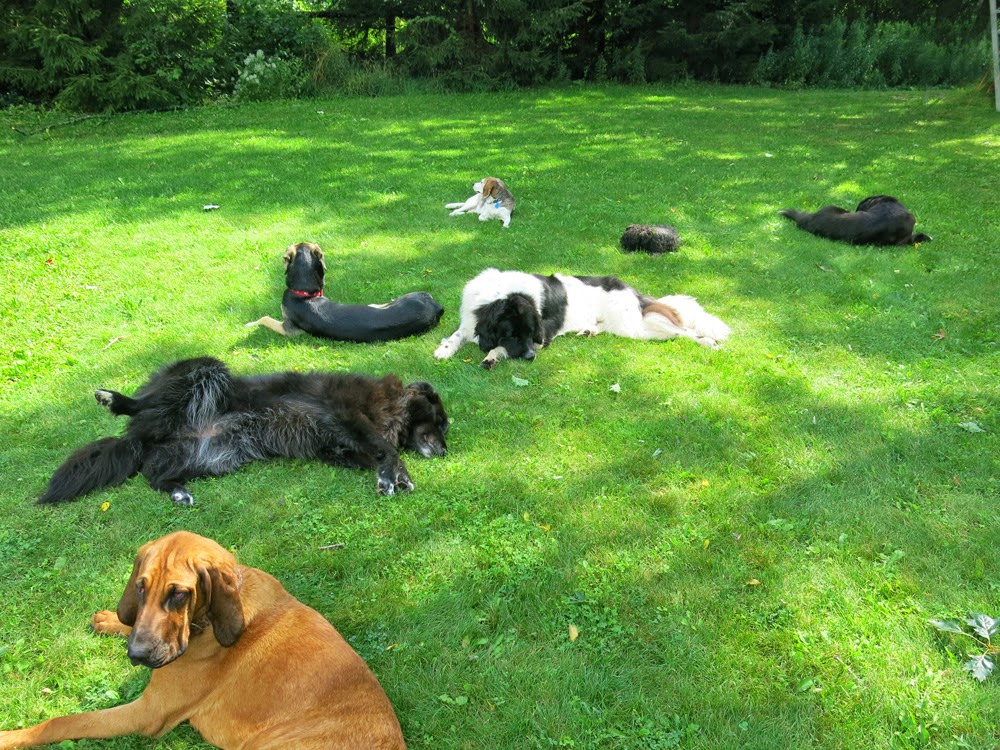 When she first started interacting with the other dogs she would sometimes act like a bully or fun police, always trying to put herself into the middle of the action and breaking up other dogs when they were playing. With calm leadership and direction Mabel has improved greatly with this behaviour and is learning that other dogs are allowed to play and so can she! Her play skills have needed some work (she didn't know what to do with herself!... she'd just run around barking or ram into other dogs) but with the guidance of her foster Mom and lots of other well mannered dogs to learn from Mabel is becoming a well rounded, polite player. She was never aggressive, just unsure of what to do... she'd never had the opportunity to play before! Here's another video of her doing zoomies in the rain...


Fairly matted on intake, her foster Mom clipped out the large mats and brushed out her dense, overgrown undercoat. Mabel is excellent for grooming but does not like her tail being brushed, she'll try and squirm away.


Mabel is also quite underweight at only 83 lbs, needing to gain 20-25 lbs to reach her ideal body condition. We are feeding her a high quality kibble and supplementing with goodies for extra calories as well. As of September 22, she'd gained almost 15 lbs. Her spay took place on September 25 and she recovered beautifully. She is ready to join a family now.

During her vet exam, it was discovered that Mabel had a 3/6 heart murmur. He will be listening again as sometimes dogs can display a murmur when stressed. In terms of Mabel's long term health, we don't know if the murmur will pose an issue or not. Many, many dogs live entirely normal lives with murmurs and never need medication. While we don't see the murmur being an issue, it is something that her new owners should be aware of.


Having lived as a kennel dog, Mabel is easily spooked by new things. She has a sweet, gentle personality and needs a calm, relaxed owner to spend time socializing her and show her how great life as a cherished family pet can be. Mabel is not suited to a home with children because loud or sudden movements scare her. She's best suited to an adult only home or one with teenagers. A fenced yard is absolutely required as she will attempt to bolt and hide when frightened.

We will add to her bio as Mabel comes out of her shell even more.

Mabel is being fostering in the Guelph Ontario area and her approved family is required to pick her up in person. An adoption donation of $500 applies.