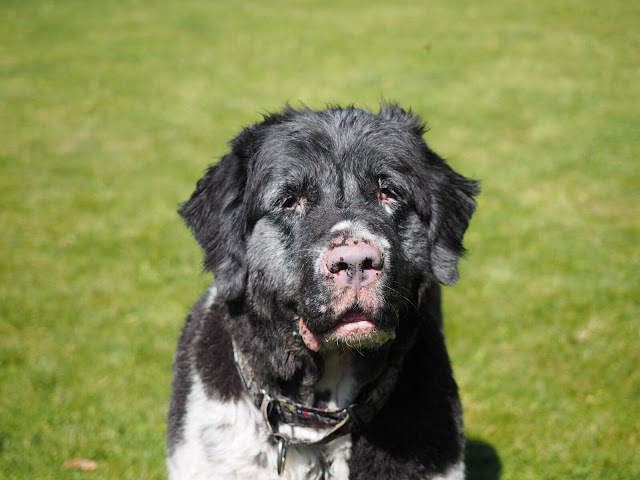 Quick Adoption Overview
2 years old - DOB December 10, 2013
Gets along with dogs and cats
Has some depigmentation of his skin -- this does not require treatment (see below)
Fostered in Mississauga, ON - We will consider homes for Ted up to 15 hours or so from his foster location -- this includes NB, NS and the eastern States.
Fenced yard required

All about Ted
Adorable boy Ted is a great catch for anyone looking for a gentle, affectionate, Newf.  He makes friends with everyone he meets, both two and four legged, and is an all around awesome fella.  He is a very happy boy who always seems to be smiling!

Ted is a sweet Newf who has been well cared for and loved.  He has wonderful manners, knows basic obedience and would be a super match for anyone wanting a quiet, nicely behaved companion.

An avid swimmer, Ted would be a great fit for someone who also loves to swim or is looking for a dog to do water work with. 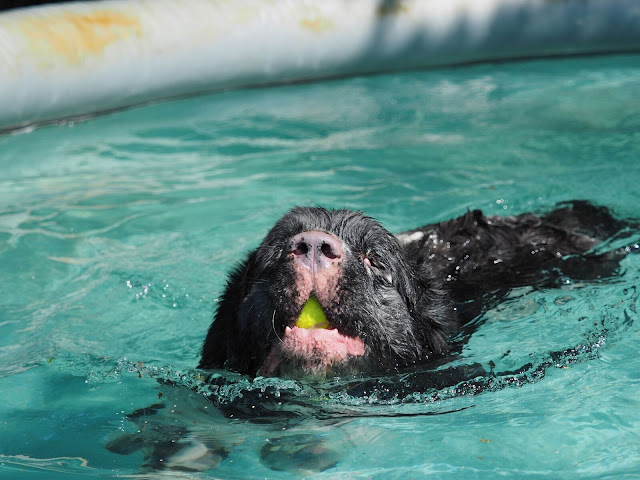 You probably noticed that Ted has a light coloured nose.  Ted has a harmless condition called vitiligo which causes loss of pigmentation in the skin. This is a hereditary condition that does not cause any problems for Ted, other than some light coloured spots on his face.

We've completed extensive testing to rule out any other cause for the depigmentation and were very pleased when the diagnosis of vitiligo was confirmed by a dermatologist on June 11.   Moving forward, there is no need for any treatment -- Ted's quality of life is not impacted and he suffers no ill effects. Hooray!

We'd like to extend a huge thank you to Dr. Jocelyn Wellington of the Animal Dermatology Services in London, ON for fitting Ted in on short notice and coming in on her day off to see him.  Thank you!

Ted has a very slightly increased risk of developing an immune mediated disorder at some point in his life, but with a healthy lifestyle the risk is very low. Eating a healthy diet (he currently eats raw) and having minimal exposure to vaccines will go a long way towards preventing any issues.  A home in a location where there is not a high risk of heart worm infection or lyme disease will be best for Ted so that he does not need to be subjected to preventative meds.

Ted is neutered, his vaccines are current and he is in good health.  He has cherry eye in his left eye.  Surgery has been performed twice and failed both times. We have determined that it is best for Ted to just leave it be.  On occasion he may need eye drops to keep the eye lubricated, but he is not experiencing any issues from this condition. 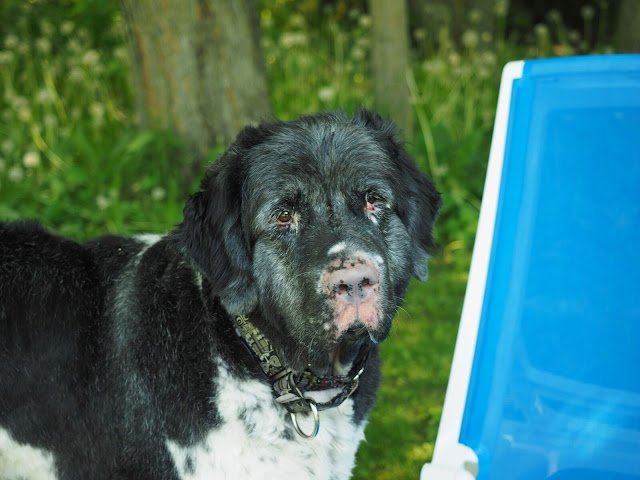 Ted thrives in a calm, quiet, predictable environment.  He is a sensitive boy who becomes anxious when there are loud noises (fireworks, thunderstorms, loud trucks, etc). Thanks to loads of love and care from his foster mom, Ted has made great progress learning that loud noises don't have to be scary.  Bravo Ted! There is still some work to do, and Ted will likely always be uneasy during thunderstorms/fireworks, but he is really coming around. 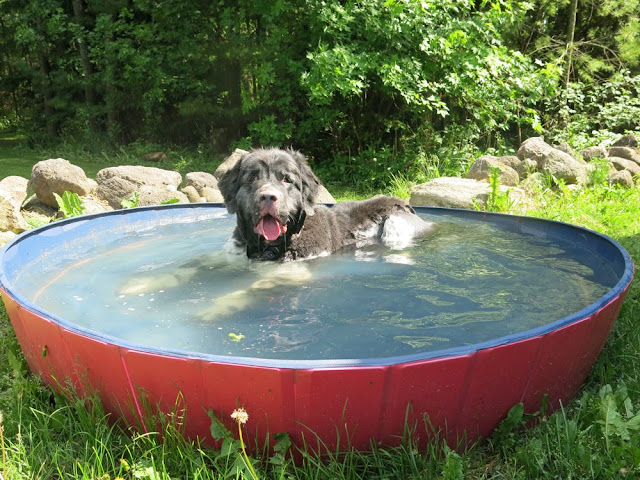 Like most Newfs, Ted wants nothing more than to hang out with his family and be near the people he knows and trusts.  A predictable schedule, and a family where he won't be left alone for extended times will be best for Ted.  Families who travel a lot and board their dogs, or require regular dog sitters are not the right match for Ted.  He'd prefer to have his people around as much as possible. 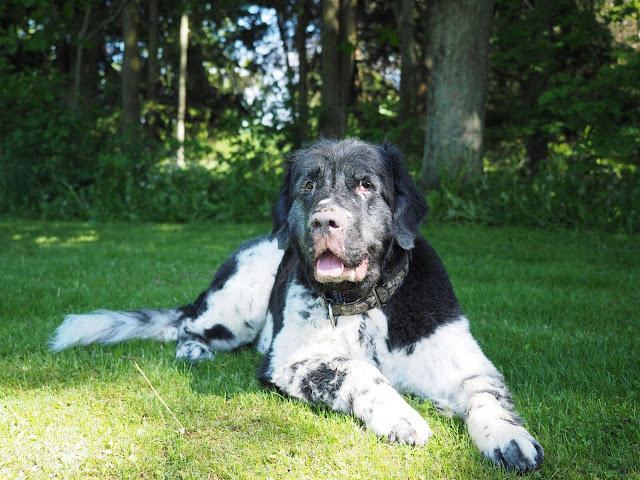 Ted gets along with other dogs and  would be super happy to join a family with another well mannered, friendly pooch for him to romp and play with.  He also gets along with cats -- what a good boy!

Check out his cute adoption video below. What a fun boy!


Ted is being fostered in Mississauga, ON - his approved adopters will be required to pick him up in person.  An adoption donation will apply. 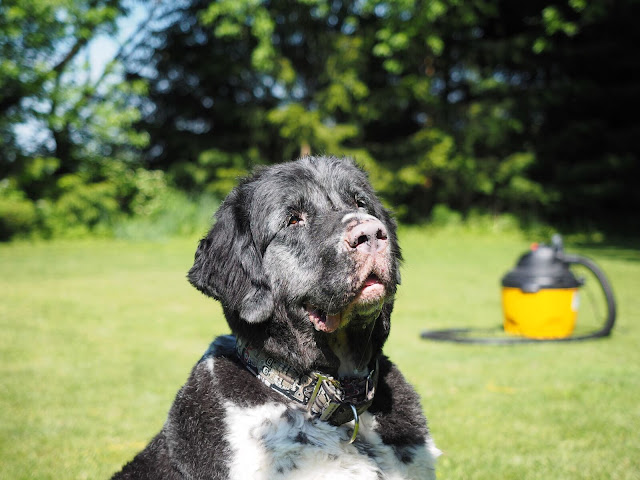 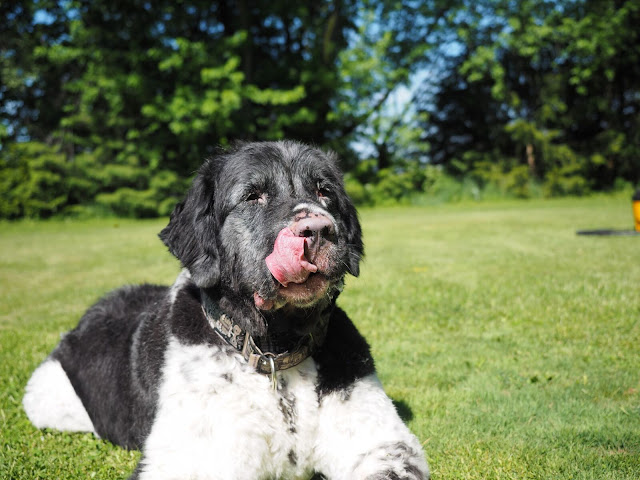 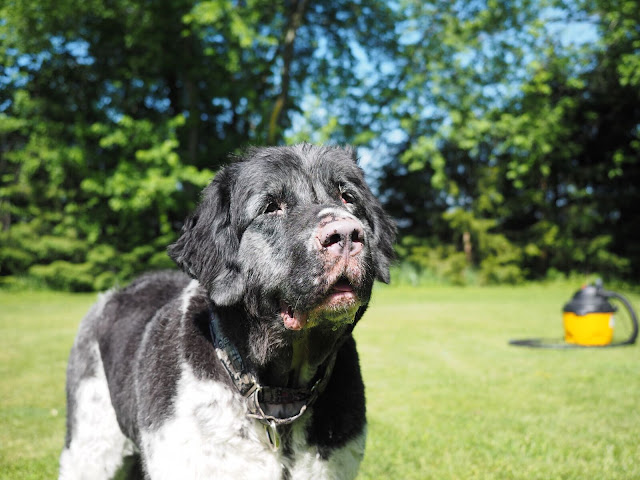 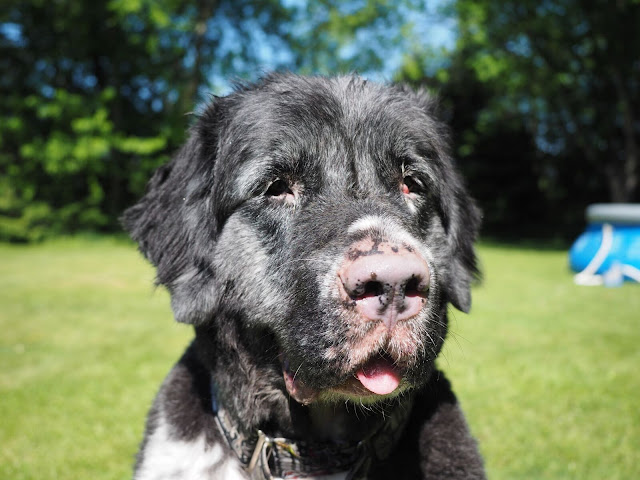 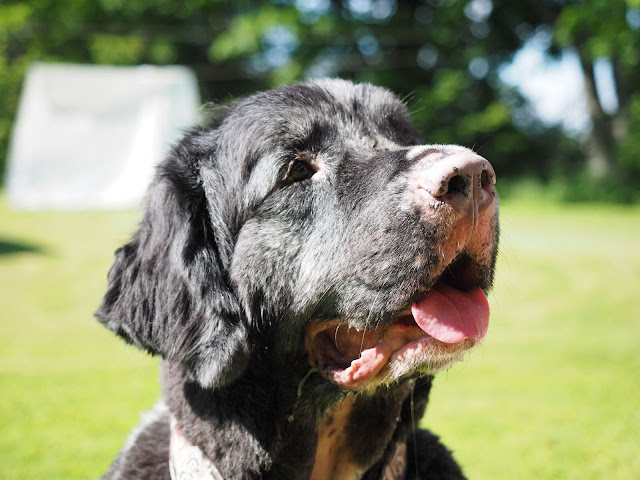 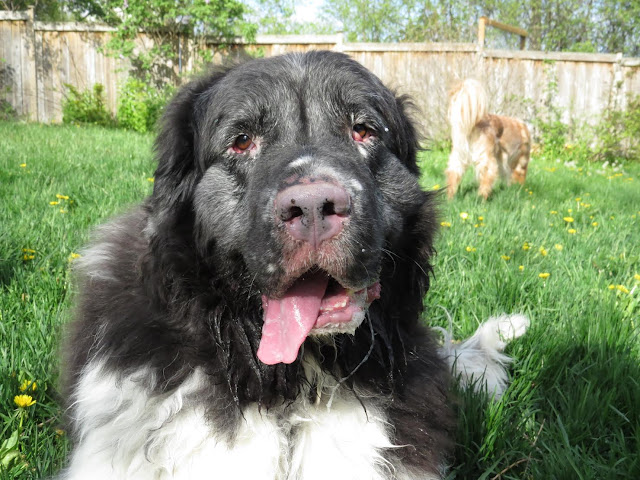