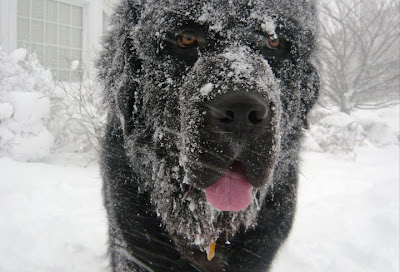 Update from Jake, who was adopted a few weeks ago: "Jake is doing just great, has learned the invisible fence boundaries, and is Clara's constant companion/rival/muse. They eat, sleep, play, patrol, and hunt (moles) together. I bought Jake a "Mammoth" bed which is actually a tad small, but it doesn't really matter as Clara claimed it anyway."