The Dangers of Tea Tree Oil 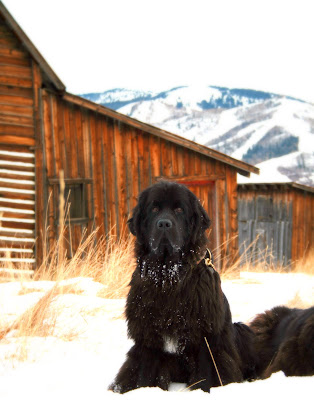 Yesterday a friend and fellow Newf owner went through a horrible ordeal with her 1 .5 year old Newf Rigsby when he ingested a very small amount of undiluted tea tree oil. She has given us permission to share her story.

Riggs had what she suspected was a hotspot which he had been licking, causing inflammation. Having used tea tree oil in the past to treat a hotspot on her other Newf, she applied it to Riggs to help soothe and heal the spot and to avoid licking. She writes, "Within about 6 hours of using the tea tree oil on Rigsby, I was woken up to him crying, unable to stand or walk. Literally paralyzed on his back end. If he attempted to walk, his back end would go out on him and he would whine in pain......I rushed him to the vet this AM and had to carry him to the car, he was examined in the car and carried in via stretcher to the vets office. Our vet was convinced this was a structural issue and manipulated the heck out of his joints, xrays were clear."

Unsure of what was happening to her Newf the owner posted a message to her friends telling them what was happening. Hearing of Riggs' condition a friend suggested that Tea Tree Oil Toxicity may be the culprit. Riggs' owner states, " I pressed my vet to treat him for it just in case. Within two hours of IV fluid, and antibiotics and steroids (mostly for the skin lesion) he began sitting on his own at the hospital. Almost 24hrs post the tea tree oil application, he finally stood and started walking on his own for the first time. The vet had already made arrangements to send him to the emergency hospital for the night. He literally rebounded in front of his eyes, and has been acting as though nothing happened since. He's never seen this reaction in such a large dog from such a small amount of oil ever."

Like many herbal remedies, Tea Tree Oil is poisonous to pets. Please never use any natural remedies on your pet without first consulting your veterinarian.

Common signs to watch for:

Tea tree oil, also known as melaleuca oil, is an essential oil produced from the Australian tea tree (Melaleuca alternifolia) plant. Tea tree oil is known for its antifungal and antibacterial properties, and possibly for its antipruritic, anti-inflammatory, and antiparasitic effects. Tea tree oil is often found in varying concentrations and should never be used on pets. As little as 7 drops of 100% oil has resulted in severe poisoning, and applications of 10-20 mls of 100% oil have resulted in poisoning and death in both dogs and cats. Clinical signs include a low body temperature, weakness, walking drunk, inability to walk, tremors, coma, increased liver enzymes, and even death.

If your dog or cat were exposed to tea tree oil, call your veterinarian or Pet Poison Helpline immediately for life-saving treatment advice.

Edited to add:
Please note, there are many pet care products that contain very small amounts of tea tree oil and are safe to use (like shampoos, grooming sprays). We are not suggesting that your pet is in danger from using these products specifically developed for pets. The danger is in using straight tea tree oil, or not diluting it sufficiently.