Well it's almost Christmas, and you'll be happy to know that Marvin has had a great Summer and Fall.

He's such a great guy!!  He still acts goofy, but he listens so well.  He gives it 110% but sometimes he thinks it's 110 km/h running at someone full tilt, or up the stairs to the front door, and he misses all 4 stairs...   He likes a good wrestle with his big boy Braeden, and when Braeden says enough, he knows exactly what he means. 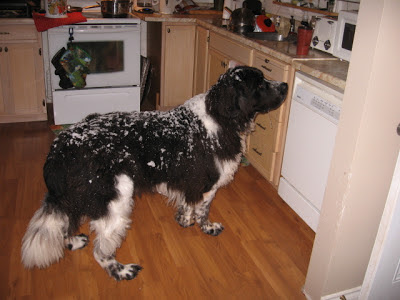 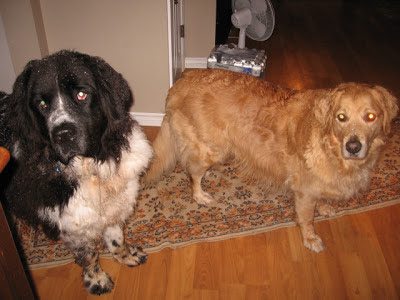 Marv spent most of the summer in the lake.... sitting watching for fish, he blazed his own path and knocked down the pesky rocks so he had an easy entry. He'd sit there for hours.  In late August he was introduced to the Leopard Frogs.... they were fun to chase, and he tore out most of the weeds and lily pads to get to them! (that's a good thing!!!) 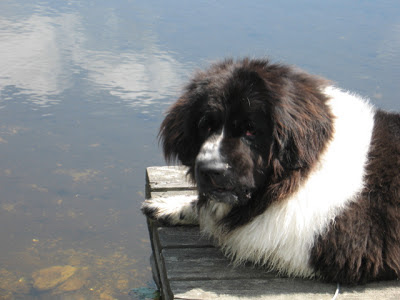 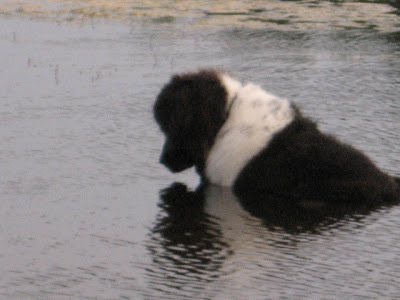 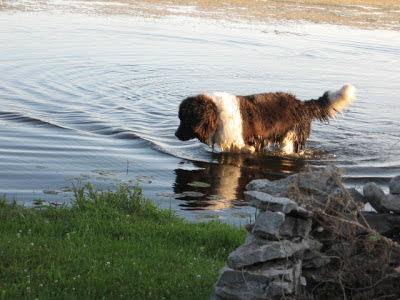 When he wasn't in the lake he could be found stalking chipmunks and red squirrels.

He and Lily get along fantastically, she's taught him so much, and actually he acts very much like a Golden now, when anyone comes over they know they have to bring something for Marv and Lil to bring to the house.  He's perfect with the kids that visit, he has to smell them, and they've all been taught just to tell him "off Marvin" and if they need to they give him a shove.  He always listens, and backs off or goes and lies down. 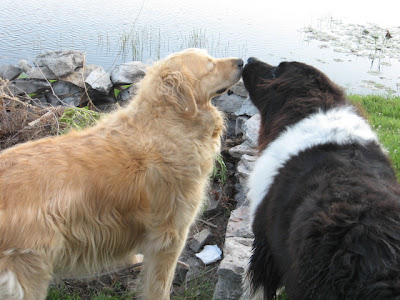 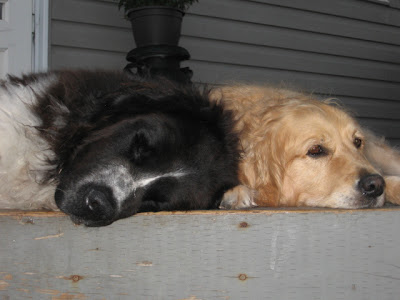 We'd all just like to wish everyone at Newf Friends a very Merry Christmas, and all the Best for 2013.