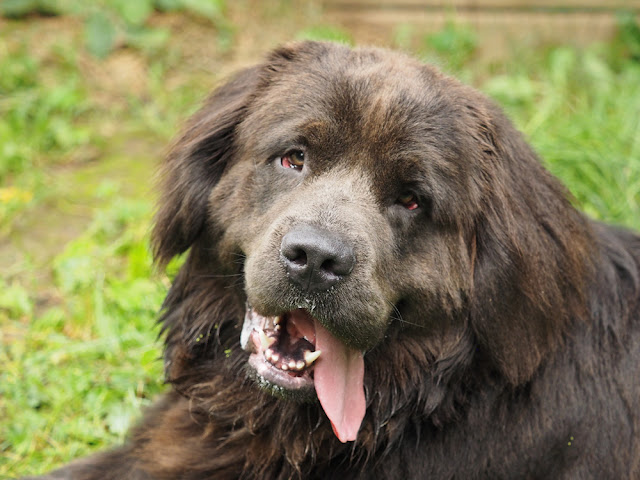 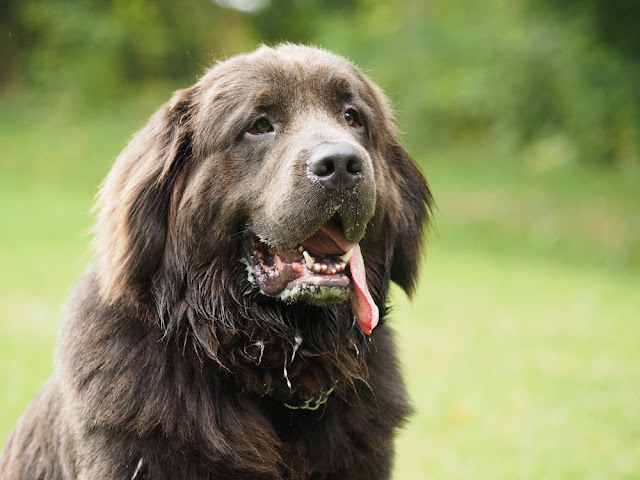 All About Thunder
Thunder arrived in our care on July 23/16 and has shown himself to be an affectionate boy who is friendly, playful and full of puppy silliness.  Thunder has loads of potential and is looking for some training, attention and love.

We don't know too much about his history, he has been bounced around a bit in his short life and will benefit greatly from routine, structure and someone who has the time to teach him all of the things he should have learned when he was a pup.


A typical young hooligan who has not received much training, Thunder is full of beans and in need of learning leash manners, basic commands, and house manners (like keeping his feet off the counter!)  He will come around quickly with some basic work.

Given his training needs, he is not suited to a home with young children. 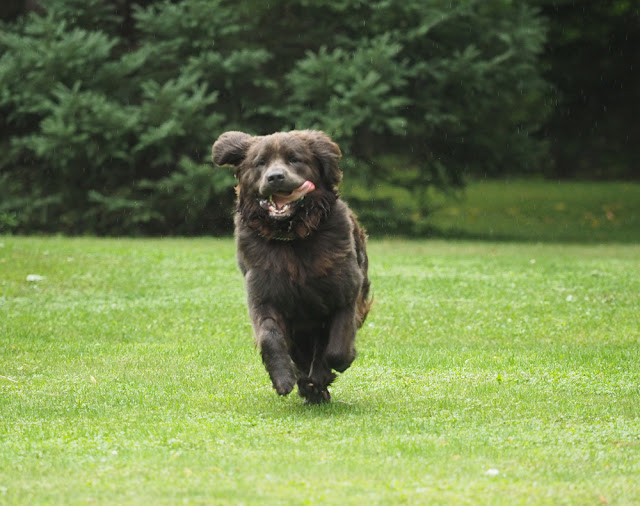 He has been tested with dogs and has been playful with them although can become overstimulated and pushy and does not always know how to interpret some play behaviours.  He could join a home with a well mannered playmate who will be tolerant of his puppy playfulness and his lack of manners.  He is in need of learning doggie social skills so further exposure to well mannered dogs in a controlled setting will benefit him greatly.  At this time he is not a dog who is ready to go to a dog park or be integrated into a large pack.

He has now been brought utd on vaccines and neutered.  He weighs 130 lbs and is in need of dropping some weight.  He is a black newf although his coat is dull and looks almost brown at the moment -- we hope that with a healthy diet, exercise and grooming his coat condition will improve greatly.

Thunder is being fostered in the Fergus, ON area.  His approved adopters will be required to pick him up in person.  An adoption donation of $500 applies. 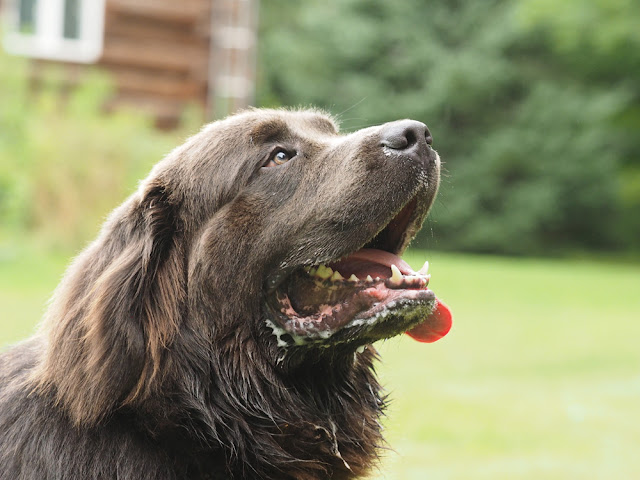 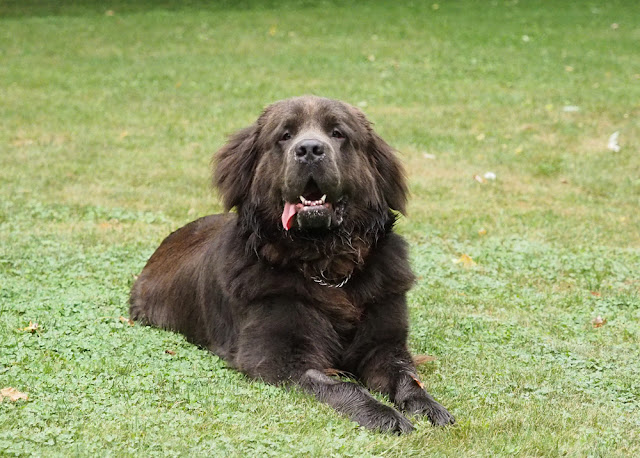 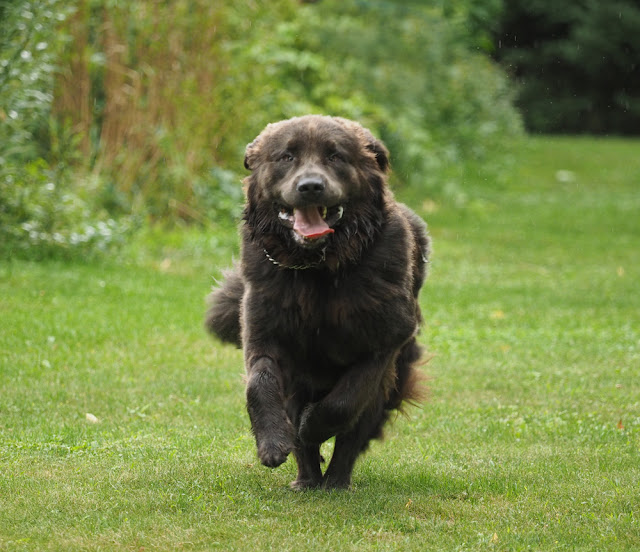 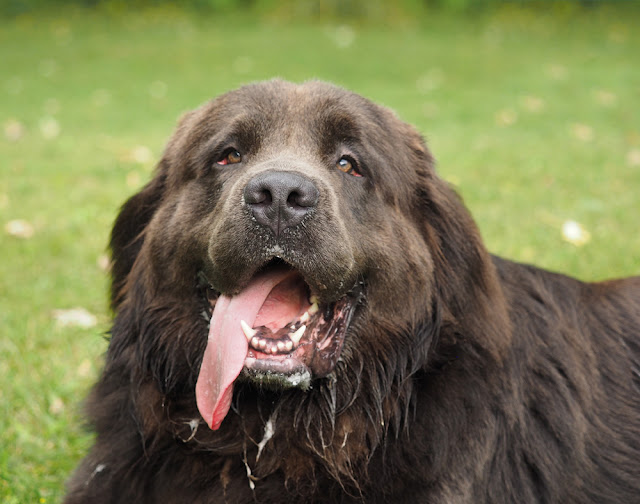