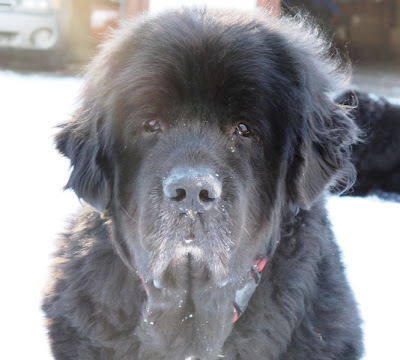 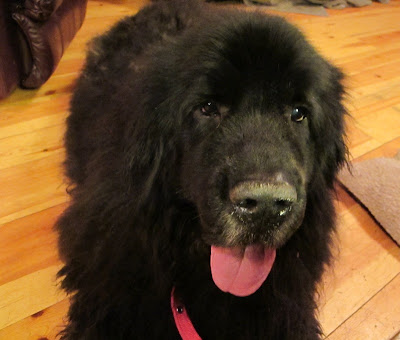 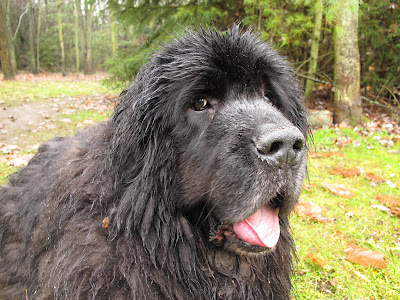 Handsome boy Inti arrived on December 4, 2011. This sweet senior is gentle, friendly and lovable - a personality of gold! Inti gets along with everyone and is a fabulous boy -- the perfect Newf for a family looking for a mellow, easy going companion. 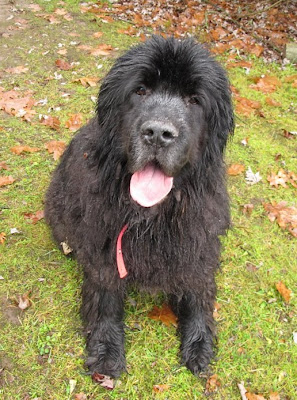 He is 9 1/2 years old, born April 3, 2002 and has been with the same loving family his entire life. A very sad situation, his owner's health had deteriorated in the last several months and they were moved into a long term care facility recently, leaving Inti in need of a new home.

His owner's health was such that Inti's needs were not being met and his coat was in very poor condition. He headed to the groomer right away as he needed to be shaved due to extreme matting. Here are photos of him on intake -- scroll down for his after shots and video! 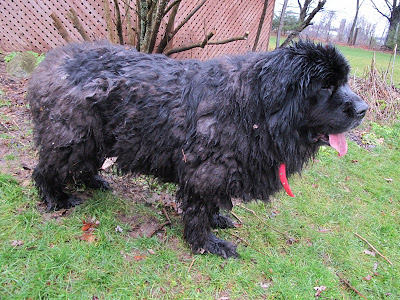 
Inti was groomed and was a complete doll during the entire process; giving his groomer kisses and happy tail wags. He needed 3 baths to get all the dirt out and was a gem for everything she did. A huge thank you goes to Amanda MacMillan, owner of Pet Grooming by Amanda in Fergus Ontario, for fitting him in and giving us a great rescue discount. Inti sure showed his appreciation with lots of slobbery kisses! 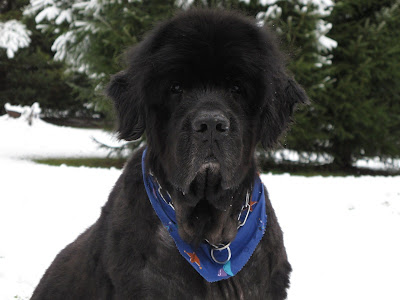 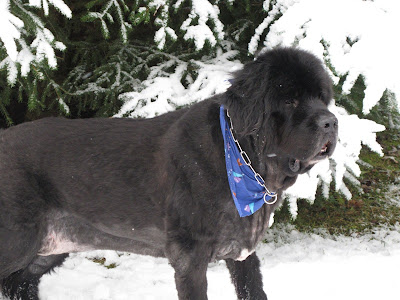 Now that he's all cleaned up and on pain medication Inti is doing fabulous. He saw the vet and she said besides his backend not always knowing what its doing, he's a in good shape for a senior. He needs to be on daily pain medication but other than that he's great. He certainly doesn't let his backend slow him down and he enjoys life to the fullest, not seeming to realize that he can't run as fast and play as hard as the other dogs at his foster home. He greatly enjoys toodling around outside, exploring and even going for walks in the woods. He does get tired after about 15 minutes but hey, he's a senior... he's gotta take it easy!

Inti gets along with everyone he meets and is gentle, kind and extremely affectionate. His version of heaven involves a face to lick and someone patting his big, gorgeous head. If a face even remotely comes near him, his tongue starts flapping in the air trying to reach it to give big Newfie kisses. It is so incredibly endearing! If he feels you're not giving him enough attention or there are enough people around that SOMEONE should be petting him... well he starts softly woofing, while staring at the nearest person. This boy knows what he wants and is not shy about letting you know! He is a total lovebug! 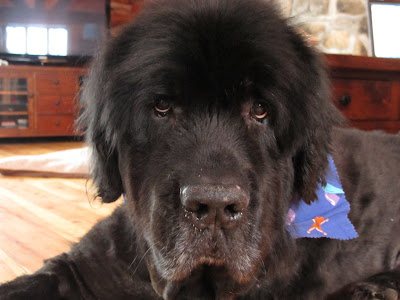 Besides being fantastic with people, Inti is wonderful with all the other dogs and cats at his foster home. He has no problem letting the younger dogs cavort, play and rough house while he watches from his comfy dog bed. He LOVES the puppy at his foster home and will let him (or any other dog) snuggle up close and nap in the crook of his belly. When he's outside with the puppy, he follows it everywhere and tries to play. Unbelievably cute! Sometimes he tries to join in with the younger dogs while play, he gives it a good try and enjoys being involved. Can't blame him for trying... he just doesn't realize (or care!) that his body isn't what it used to be.

About the only Inti thing needs work on is his love for people food. He has no concept that when you're eating, it's your food and not to be shared with him. He begins his people food campaign by hanging out in the kitchen during preparation, always seeming to lay right in front of wherever you're working. When dinner's ready he makes himself comfortable right beside your chair and stares.. and stares... and woofs... and stares... and woofs some more. We can't really blame him too much since he existed on a pure people food diet at his previous home; it's what he knows. Well whoever said you can't teach an old dog new tricks is wrong. His foster parents have noticed a significant decrease in this behaviour as he realizes he's not getting any of their food. They ignore him and tell him to move on. Its working and he will happily eat his own kibble at all his meals but he' still always hopeful for a morsel or two from your plate (but really... what dog isn't??).

Inti would be a wonderful dog for a family looking for a big, gentle boy who loves to receive attention and gives it back in spades. He needs a home with non-slip floors and no stairs at all. His foster family built him a ramp so he wouldn't have to negotiate the two porch steps. He loves it and goes up and down happily.


The usual adoption donation of $500 has been waived for Inti because of his age and the fact that he will need ongoing pain medication -- instead we ask for a donation of your choice. We just want a kind, caring family to look past his age and see that he is a fabulous boy that needs a family to cherish him in his golden years.

Inti is being fostered in the Guelph Ontario area. 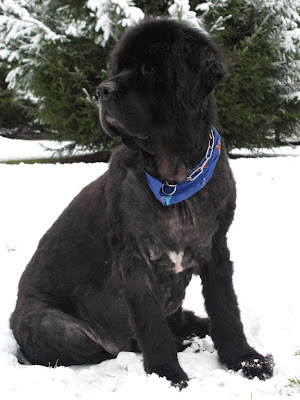 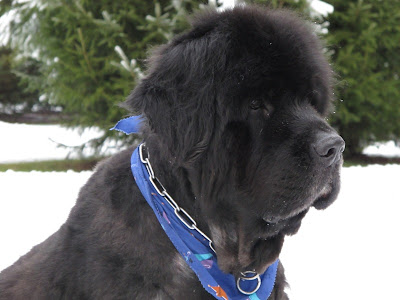 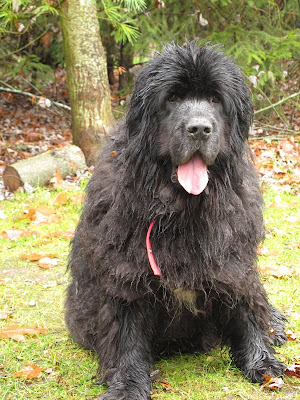 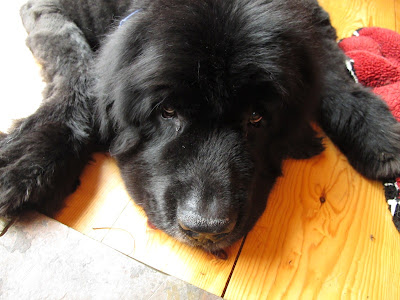