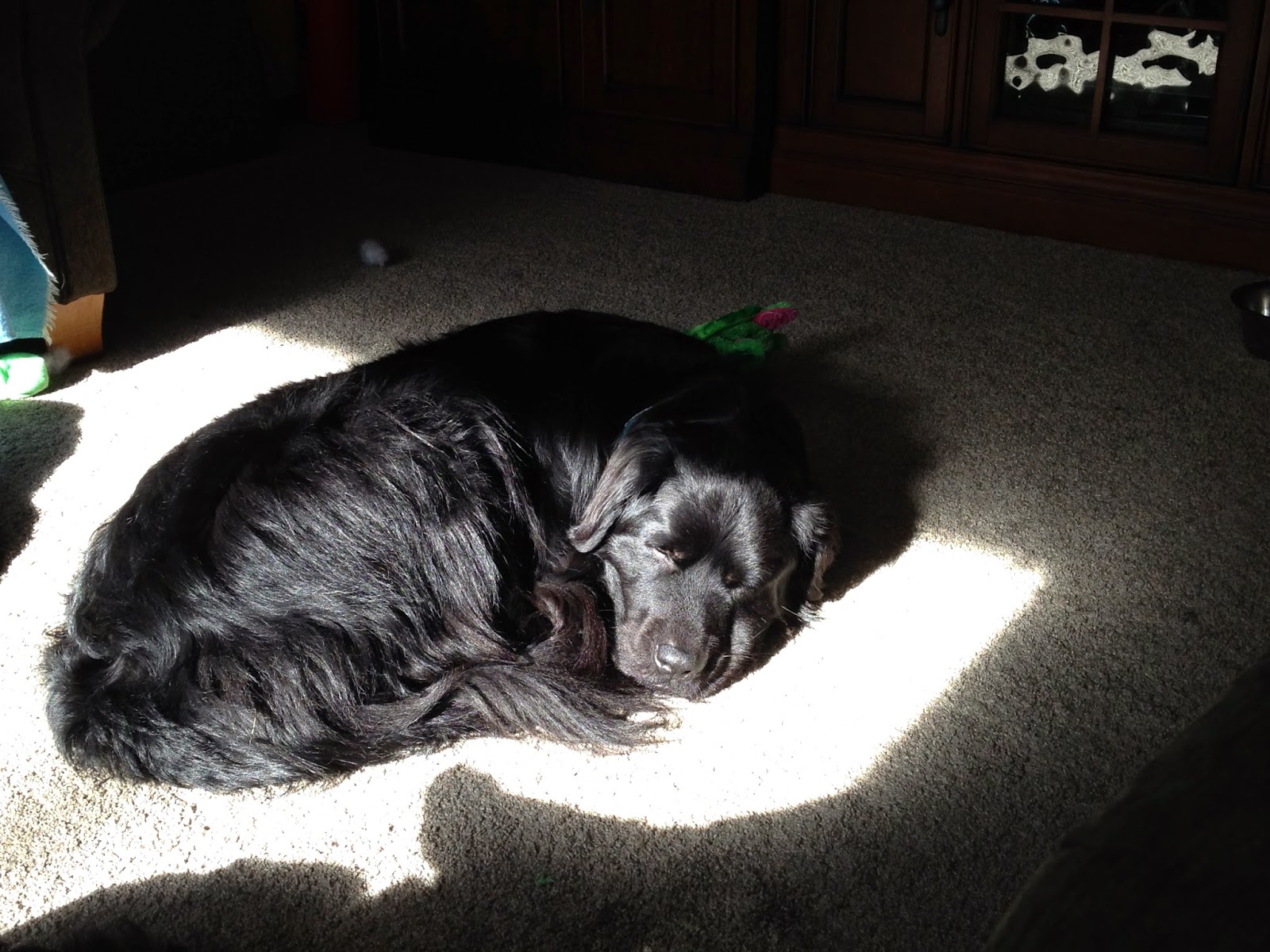 Well time has flown for us, and we hope for Sulli – it was two years at this time that I experienced a slow day at work and decided to complete the adoption application on a whim.  I had neglected to tell my wife Meredith that I was doing this, so when I got the call for a phone interview I thought I’d be in a lot of trouble.  But Meredith saw the picture of Sulli, who HART had in mind as a potential match for us, and she was sold. 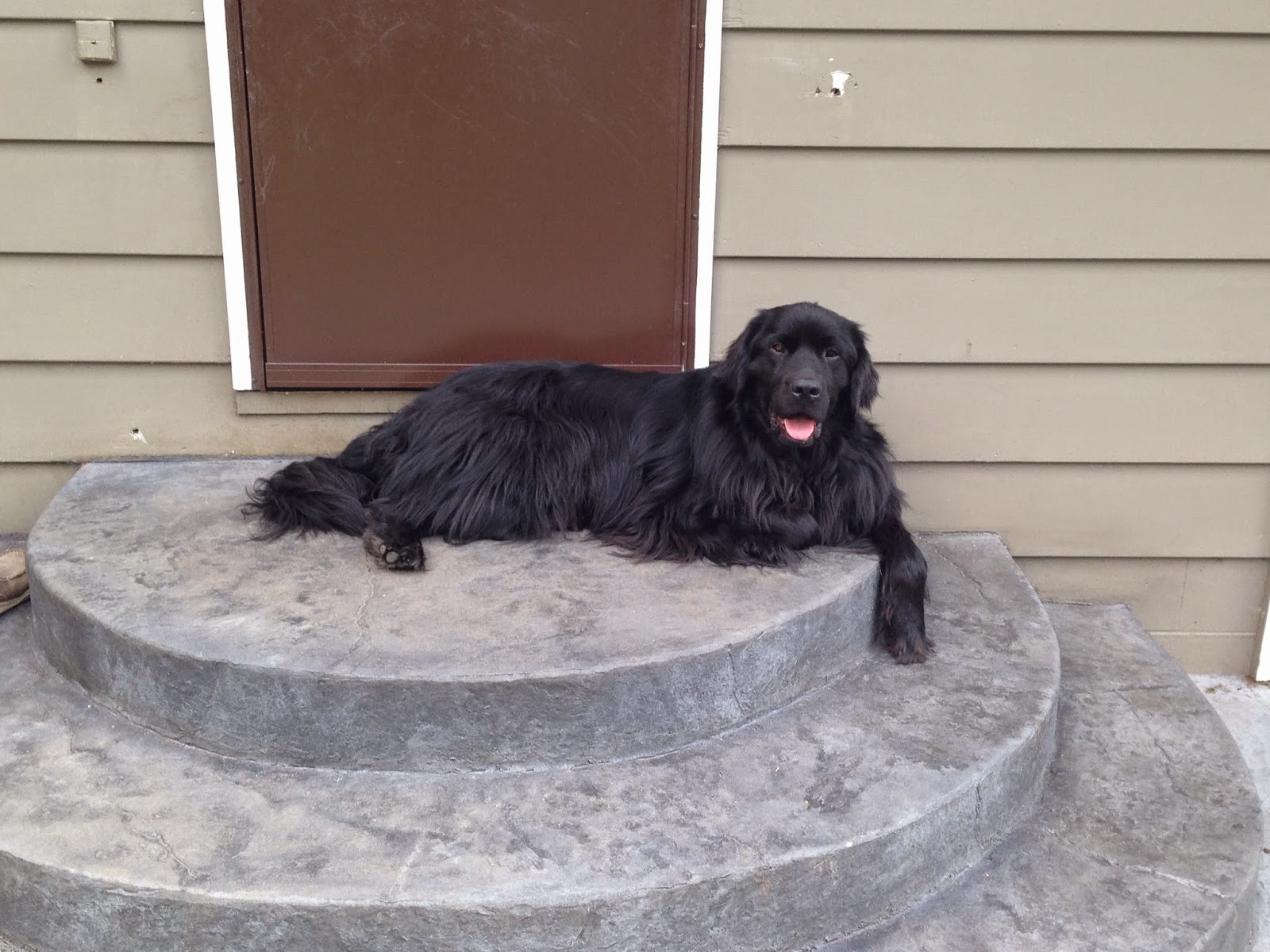 When Sulli arrived with us, his foster home had done such a great job helping him begin his path toward being a happy, social dog.  But, he was still rambunctious, and loud, and didn’t believe in boundaries.  Now, after a really good training class, a little patience, and lots of play and treats, he has learned how to play well.  His sister dog, Cinder, bore the brunt of helping him understand how to play nicely.  But, he listened, and they now can be seen romping when she feels up to it.  And when they aren’t romping, you can often find them sleeping within reach of one another. 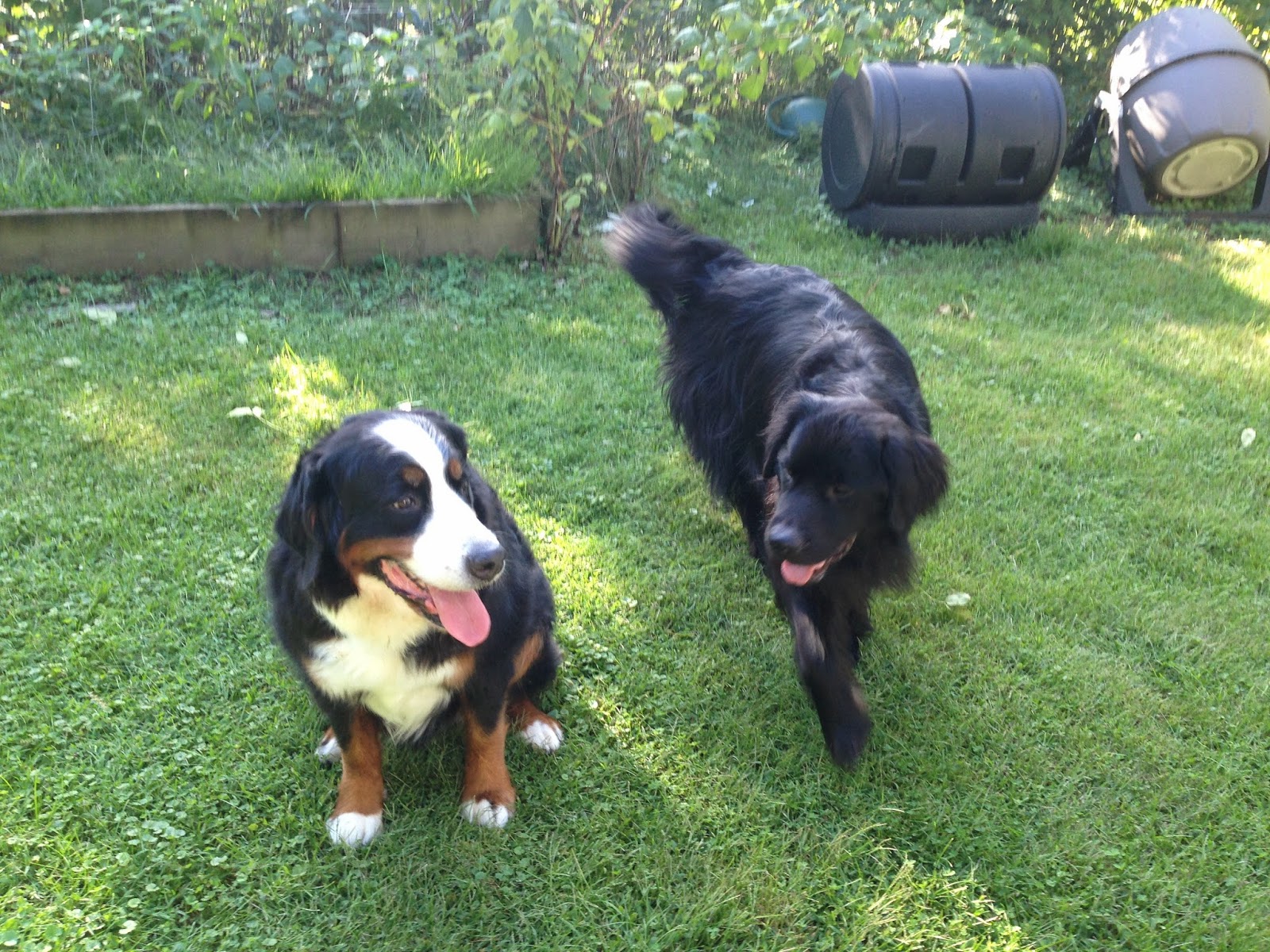 Everyone who comes to our home is quickly drawn to him – he is confident and happy, and will put on a show if there is a treat handy.  He lives his life through his mouth – and will eat anything that has flavor, including most paper products, so we have to watch him like a hawk.  But, he’s shifty, so we have some funny  (or not so funny) stories about his many mishaps related to eating something he shouldn’t – the corn cobs incident, the mushrooms incident, the bunch of bananas counter surf.  Every day with Sulli is a story waiting to happen – but it is also full of so much affection and love. 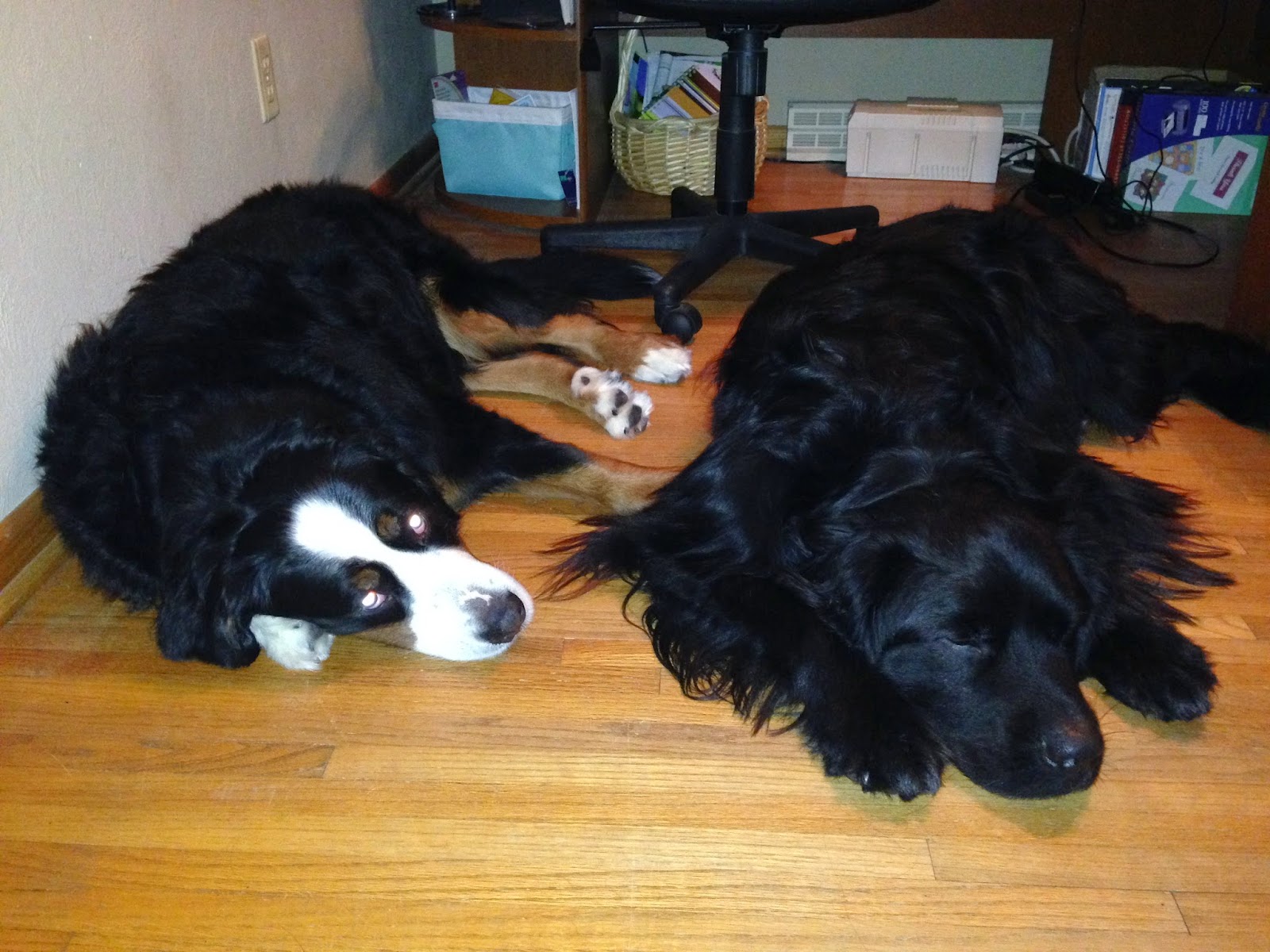 Thanks for trusting us with this Muppet of a Newf.  He has been a gift.