How Much Does a Newf Cost? 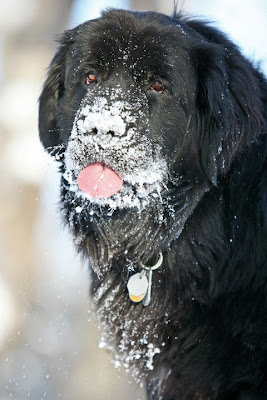 The majority of dogs who enter our program come from families who for a variety of reasons are no longer able to provide for their Newf. The cost of owning a Newf is quite high and should be a serious consideration for anyone thinking of adopting one.

One of our volunteers did a little math and came up with the following.......

The accountant in me has decided it was time to disclose some valuable information that will hopefully draw some insight into the "true" cost of owning a Newfoundland. I decided to price out one year with a newf (I did the first year, so this does include a lot of initial puppy purchases, which I think are relevant - also, I did include a spay in there as well even though it didn't occur until the second year)

Here are my figures - keeping in mind some of these are just rough estimates as I didn't go and pull out the actual invoices. These are in Canadian dollars.

Joint supplements ($60 per month – Sasha's blend and salmon oil - we are actually paying double this price, but I split in half since this is for only one newf even though we have two - also didn't start this in year one, but it is now an ongoing expense for us, so I included it) = $720

I am probably missing a bunch of things! Yes, the first year can arguably be more expensive since there are a number of up-front costs, BUT, Ayasha is also a healthy Newf that hasn't had any major health issues. As soon as that becomes a factor, the above figure grows rapidly!! I know other Newf owners that

I love my fur babies and wouldn't change a thing, and the love of a newf is a gift, but I do think people fail to recognize the true expense of owning a giant breed dog (I know we did! Luckily we are in a position that we can support two of these fur babies). We see a number of newfs surrendered to rescue because of this. Please, REALLY consider the actual costs of owning one of these special creatures. People get hung up on the $1500 initial cost. I am here to tell you that is NOTHING compared to what you're in for! As they age, it will only get worse.